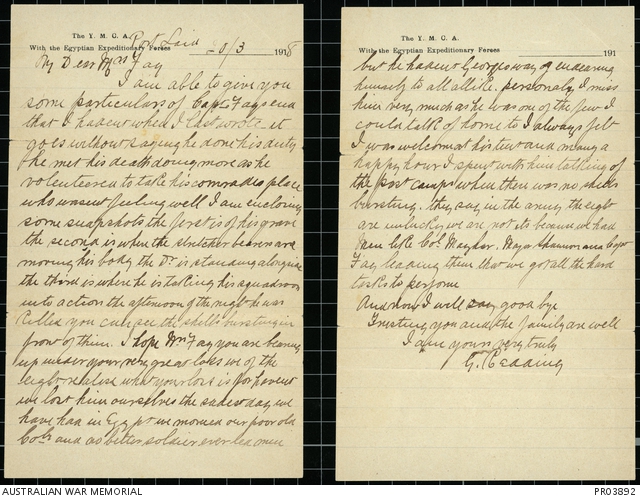 Collection relating to the First World War service of Captain George Fay, 8 Light Horse Regiment. Collection consists of a 2 page handwritten letter by 2601 Trooper George 'Pop' Redding to the widow of Captain Fay who was killed in action on 1 December 1917. The letter describes the burial of Captain Fay and refers to a set of three photographs enclosed with the letter. Those photos are available at P07204.001-003.