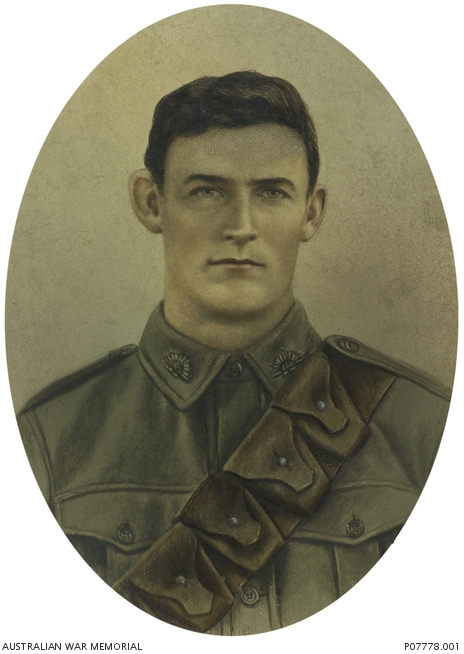 Studio portrait of 87 Trooper (Tpr) William Henry Brown, 6th Australian Light Horse Regiment, of Cowra, NSW. A farmer prior to enlistment, he embarked with A Squadron from Sydney aboard HMAT Suevic on 21 December 1914. Disembarking in Egypt on 1 February 1915, Tpr Brown and his unit were deployed without their horses in late May 1915 to reinforce the infantry at Gallipoli. In August 1915 Tpr Brown received severe bullet wounds to the skull and was evacuated to the 21st General Hospital in Cairo. In November 1915 he was invalided home aboard HMAT Borda and taken to the 5th Australian General Hospital in Melbourne. Shortly after arriving at the hospital, Tpr Brown died on 17 December 1915, aged 22, and was buried at Springvale Cemetery, Victoria.