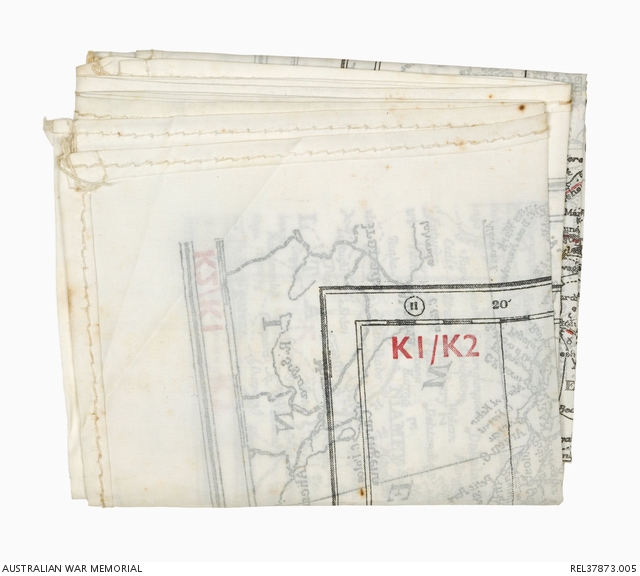 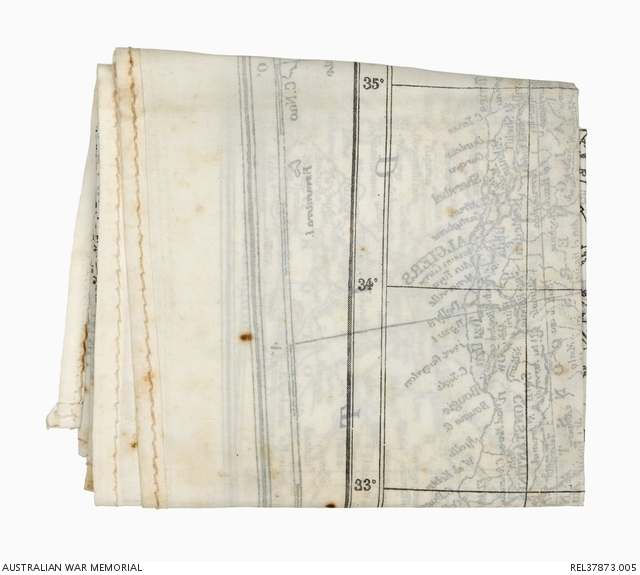 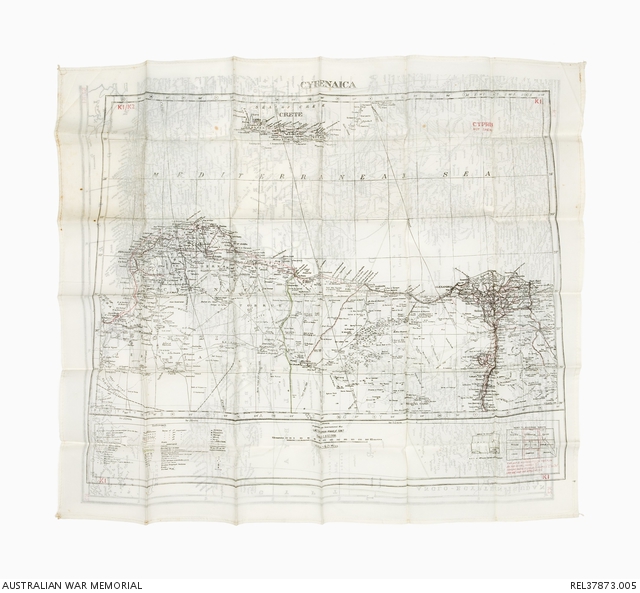 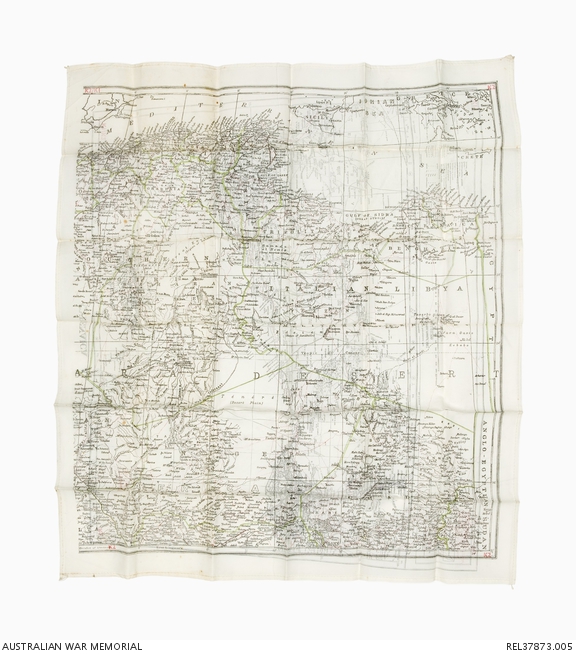 Double sided map printed on rayon in black, red and green ink. One side is numbered K1 and is titled Cyrenaica. It covers Cyrenaica, northern Egypt and Crete at scale 1:1657000. It includes a key and index to adjoining sheets. The other side is numbered K2, but is not titled and is at a smaller scale. It covers North Western Africa, including Cyrenaica, Crete, western Egypt, Sicily, Tripolitania, Italian Libya, Algeria and Nigeria.

Rayon escape and evasion maps associated with the service of Norman Frederick Skinner. Skinner was born at Narrabri, New South Wales on 4 February 1917. Before the war he managed his own dairy and served with the militia. He enlisted in the Second AIF on 4 November 1940. He served in the AIF with the service number NX2056 for five months before being discharged and later enlisting in the Royal Australian Air Force in June 1940 with the service number 402209. Skinner was an aircraftman class 2 on enlistment. He was promoted to leading aircraftman in July and to temporary sergeant in February 1941, when he qualified as an air gunner. He married Eileen Ann Bourne on 22 February 1941. Skinner embarked from Sydney on 8 April 1941, arriving in England in August. He served in the Middle East, attached briefly to in 458 Squadron RAF, then serving with 104 Squadron RAF, flying Wellington bombers, part of 238 Wing, 205 Group in North Africa in 1942, before returning to England. This map would have been issued to Skinner during his time in England and Middle East. Skinner returned to Australia in 1943, where he spent the remainder of the war. Skinner received his commission in early 1945, which was terminated in October due to the end of the war.