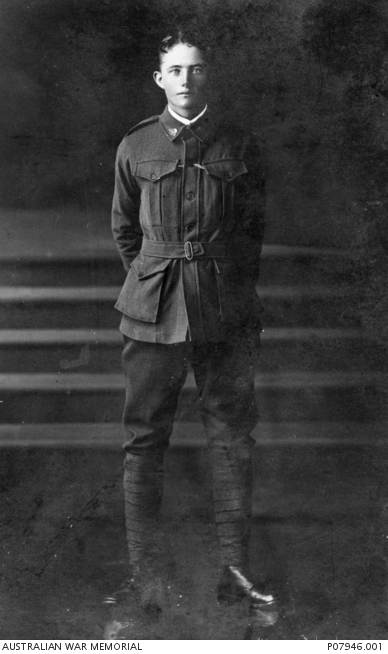 Studio portrait of 4530 Private (Pte) Thomas Charles John Randall, 28th Battalion, of East Beverley, WA. A farmer prior to enlistment, Pte Randall embarked with the 11th Reinforcements from Fremantle on HMAT Shropshire on 31 March 1916. He was later promoted to lance corporal. Randall was killed in action on 3 November 1916 at Fleurs, France. He was aged 20. He has no known grave and is commemorated at the Villers-Bretonneux Memorial.