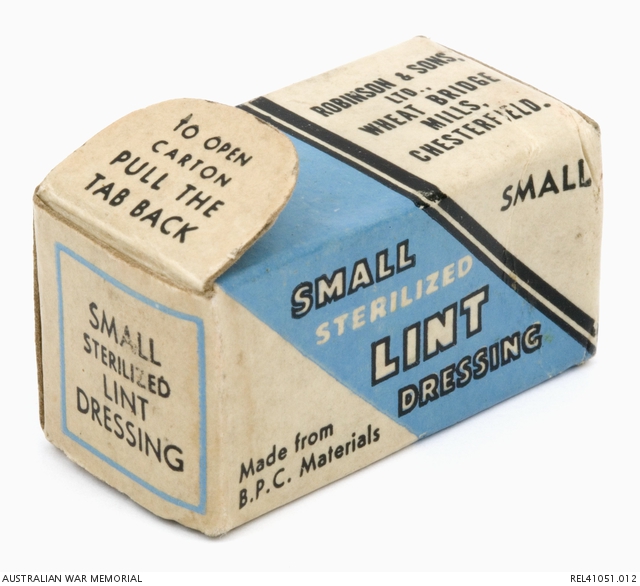 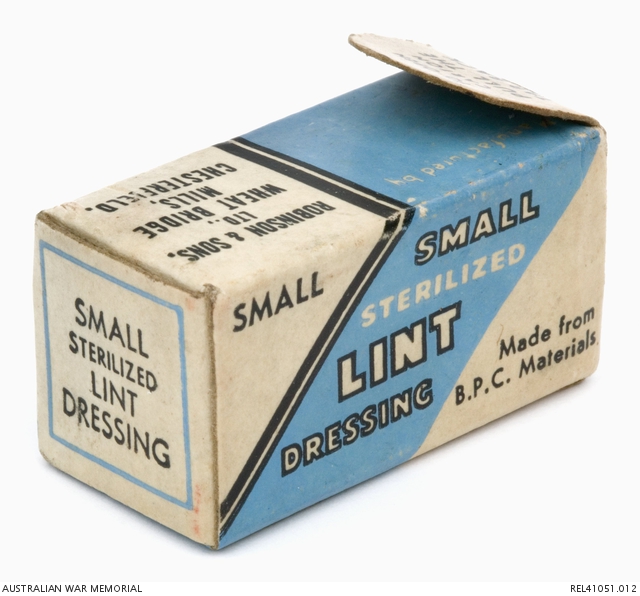 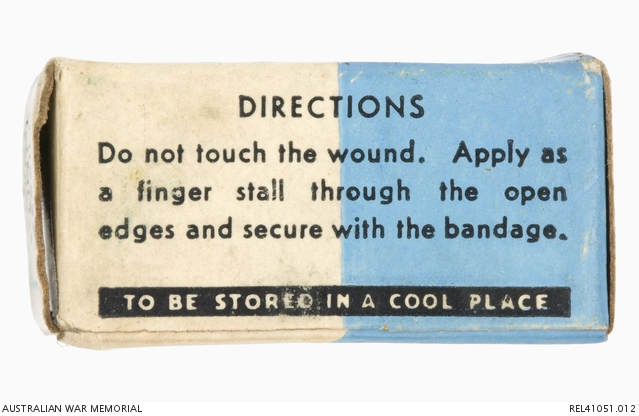 Small blue and white decorated rectangular box labelled 'Small Sterilised Lint Dressing / Made from BPC materials'. This label is repeated on the opposite side. Maker's details and directions for use are printed on the remaining two faces, while each end is labelled with the dressing details and incorporates a quick pull opening tab. The contents remain sealed inside.

Collection of burn dressings related to the service of Michael Williams, a resident of Plymouth, UK, who served as a sick berth attendant with the Royal Navy from New Year 1947. He saw service with HM ships Swiftsure, Newcastle, Keppel and Bicester.

Williams received his initial medical training at the Royal Naval Hospital, Chatham. While serving aboard HMS Swiftsure, he jumped rank early to Leading Sick Berth Attendant when his superior hit the ship's captain and was subsequently jailed in Singapore.

Williams saw service in the Korean War in 1952 - 53 when he transferred to the cruiser HMS Newcastle as a replacement attendant. He recalls that when not on duty he was asked to act as spotter, reporting on the fall of fire of the Newcastle's 6 inch guns. Williams retired soon after the war, taking up vocational training as a motor mechanic and emigrating to Australia with his family.

These dressings and bandages were typical of the type used aboard during the time of Williams' service, and include many examples manufactured during the Second World War.