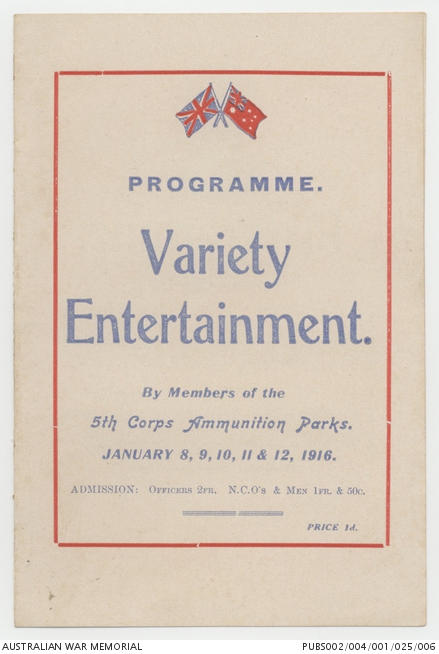 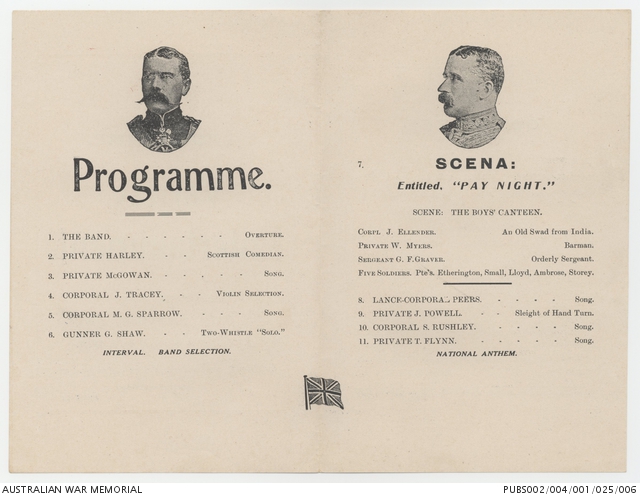 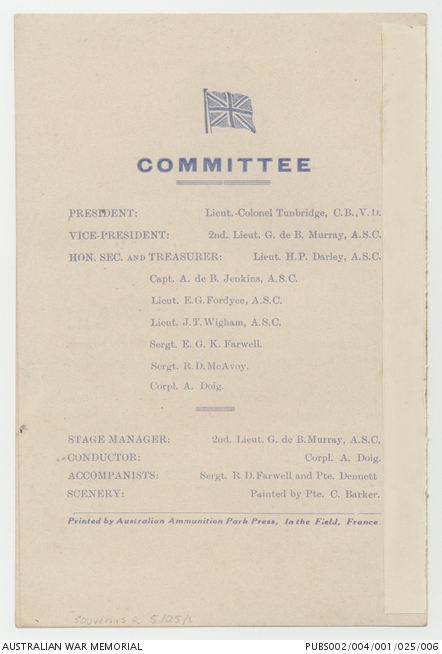 Souvenir program for a concert held during the First World War. This program is for a concert by members of 5 Corps Ammunition Parks from 8 to 12 January 1916. The concert featured instrumentals, vocal performances and comedy acts followed by a performance of the play 'Pay Night'. The program was printed in France by the Australian Ammunition Park Press.