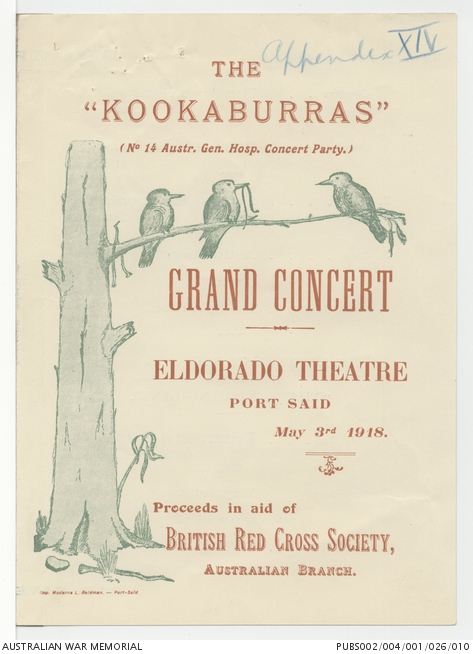 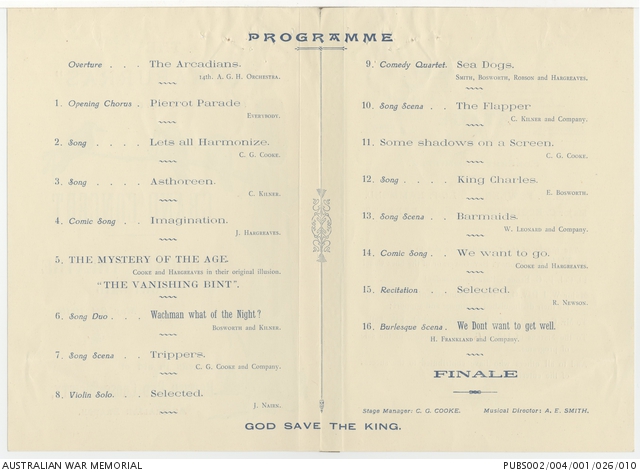 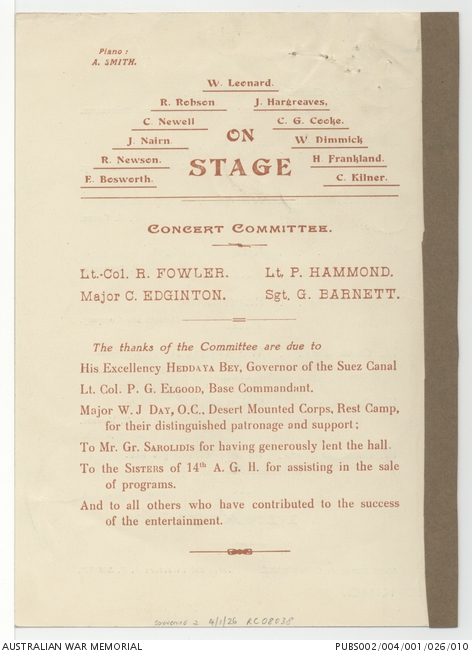 Souvenir program for a concert held during the First World War. This program is for a concert by No 14 Australian General Hospital Concert Party at Eldorado Theatre, Port Said on 3 May 1918. The concert featured instrumentals, comedy acts and vocal performances. Proceeds raised from the concert were to be donated to the Australian branch of the British Red Cross Society. The program is illustrated with three kookaburras sitting on a tree.