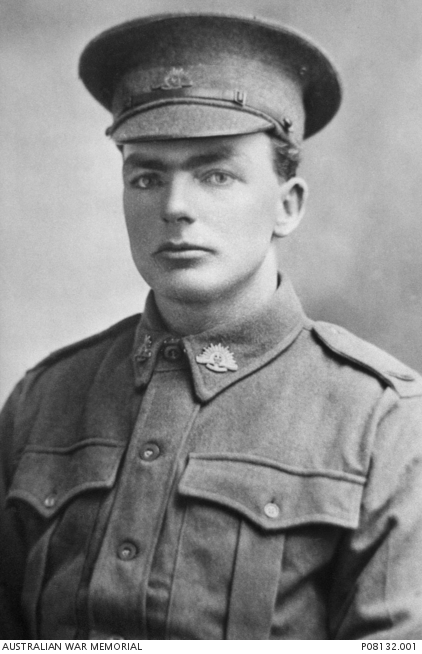 Studio portrait of 1627 Private (Pte) William James Day, 38th Battalion, of Ballarat East, Vic. A labourer prior to enlisting in March 1916, Pte Day embarked from Melbourne on board HMAT Runic (A54) on 20 June 1916. After further training in England, Pte Day arrived in France in November 1916 for service on the Western Front. He was killed in action in Belgium on 28 May 1917. He was 29 years of age. Pte William Day's brother was 542 Pte Spencer Frederick Day. Pte Spencer Day was also a member of the 38th Battalion and the two brothers left Melbourne together on HMAT Runic. Pte Spencer Day was killed in action at Ypres, Belgium on 4 October 1917.