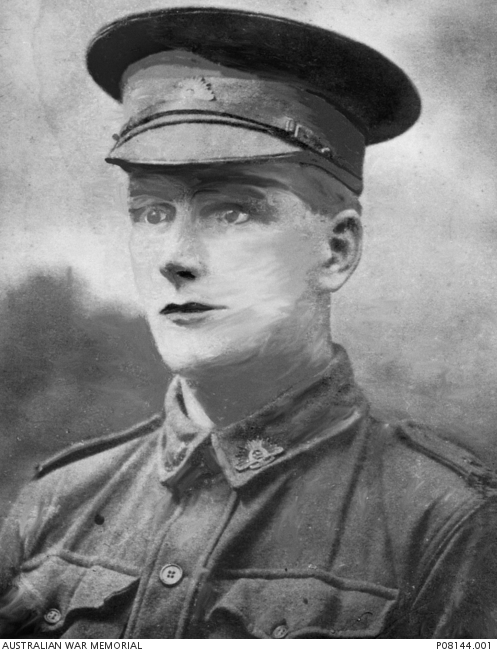 Studio portrait of 506 Private (Pte) Neil Stewart Bruce, 20th Battalion, of Sydney, NSW, formerly of Wick, Scotland. A baker prior to enlisting in March 1915, Private Bruce embarked from Sydney on board HMAT Berrima (A35 ) on 25 June 1915. He arrived with the battalion at Gallipoli in August 1915 and remained until the evacuation in December. Pte Bruce arrived in France in March 1916 and was wounded in action in May 1916. After recovering from his wounds and further training in England he rejoined his unit in Belgium in September 1916. He was returned to England and promoted to Corporal (Cpl) with the 5th Training Battalion. From April until July 1917, he was Acting Sergeant. Cpl Bruce rejoined the 20th Battalion in France on 8 August 1917. He was killed in action at Menin Road, Ypres, Belgium on 20 September 1917. He was 29 years of age.