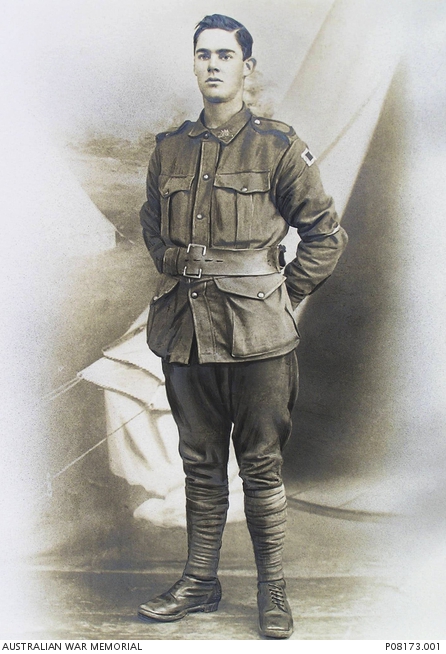 Studio portrait of 3207 Private (Pte) George Henry Jackson, 1st Pioneer Battalion, of Kempsey, NSW. A labourer prior to enlistment, Pte Jackson embarked with the 7th Reinforcements from Sydney on HMAT Borda on 17 October 1916. He had previously enlisted with the 36th Battalion on 14 February 1916 and was discharged on 5 April 1916. Whilst serving with the 1st Pioneer Battalion he was allocated the new service number 3207A. On 28 October 1917 Pte Jackson was killed in action in Belgium, aged 19.