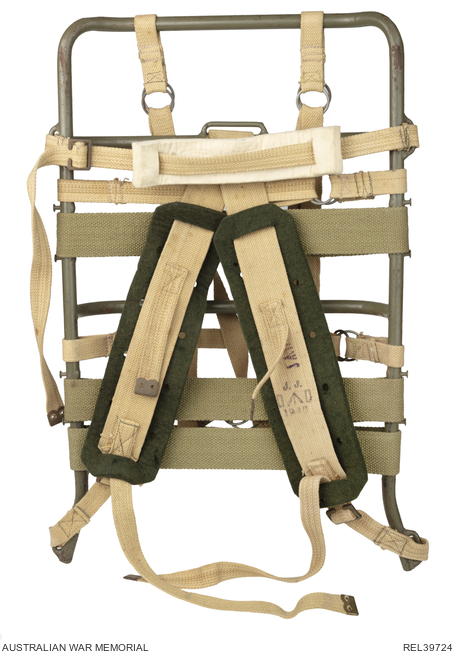 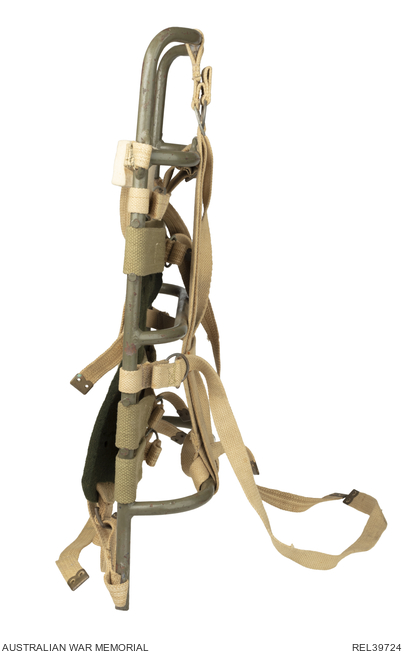 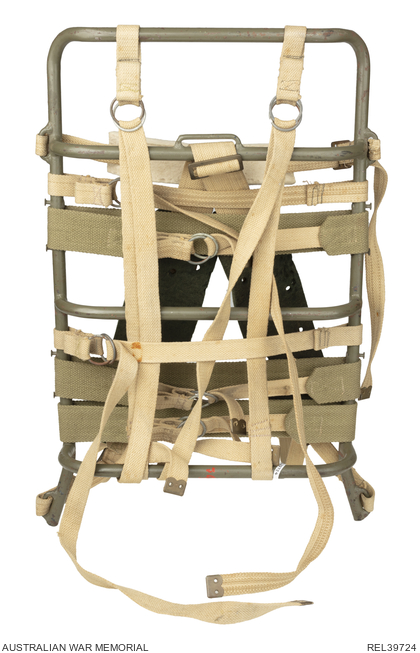 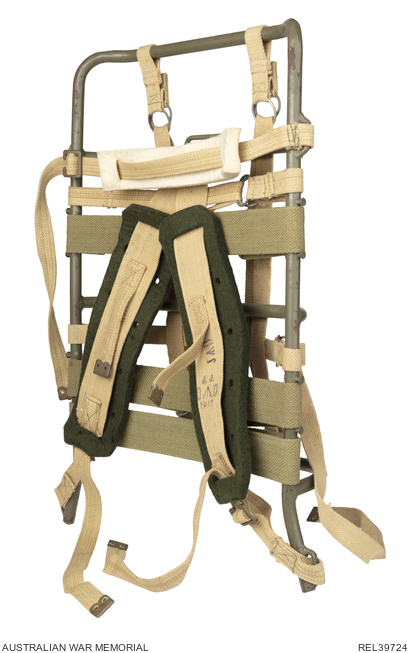 The inside surface of the right shoulder strap appears slightly damaged. On the external side of the upper left shoulder webbing strap is stamped in black ink 'J.J. / D [broad arrow symbol] D / 1948'. Above this is stamped in purple ink 'J [broad arrow symbol] II'. On the bottom most horizontal frame is an area of heavily chipped green paint exposing a day glow orange/red paint underneath. The bottom end of each vertical frame are slightly splayed outwards.

Although the markings are not clear on this example, it appears to be a 1948 example of the Carrier Manpack General Service (Aust).

This carrier manpack was specifically designed to carry odd shaped loads weighing approximately 22.7 kilograms (50 lbs) over difficult terrain with a high degree of user comfort. Its design came from trials conducted in the South West Pacific Area (SWPA) by the Australian Army in the later stages of the Second World War.

With the rapid conclusion of the Second World War these new issue packs were not used during the war and many were placed into storage or disposed of to Army surplus stores around Australia. There is photographic evidence of this type of manpack being used to carry a radio in South Vietnam by elements of the 1st Australian Task Force including the 7th Battalion Royal Australian Regiment.