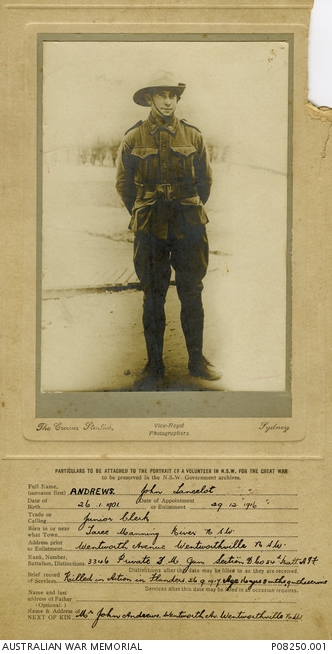 Portrait of 3346 Private (Pte) John Lancelot Andrews, 54th Battalion AIF. Pte Andrews, a clerk from Wentworthville NSW, enlisted on 29 December 1916 and was killed in action at Polygon Wood, Belgium, on 26 September 1917 aged sixteen years and eight months. Claiming to be nineteen he was actually fifteen years and eleven months at the time of this portrait and was one of youngest Australian soldiers to die in the First World War.