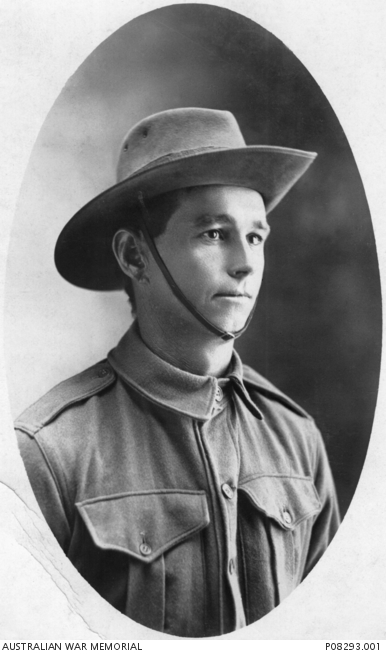 Studio portrait of 30 Corporal (Cpl) Harold Owen Cook, 26th Battalion, of Rockhampton, Qld. A railway guard prior to enlistment, Pte Cook embarked from Brisbane on board HMAT Ascanius (A11) on 25 May 1915. He arrived at Gallipoli in October 1915 and remained until the evacuation in December. On 21 March 1916, Pte Cook disembarked at Marseille for service on the Western Front and in June he was appointed Temporary Corporal. Corporal Cook was killed in action at Albert, near Pozieres, France, on 5 August 1916. He was 31 years of age.