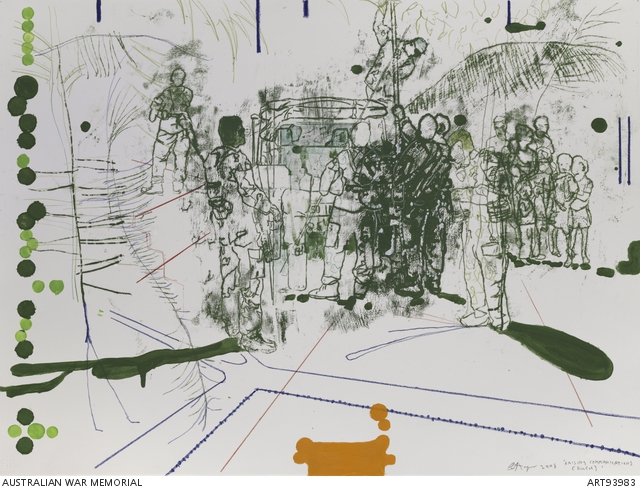 When the artist arrived at the remote ADF Forward Operating Base at Beacu, on the south-west coast of Timor-Leste, communications with the outside world had been lost. Cattapan often witnessed the soldiers making do during his stay, and here he has depicted them repairing a large makeshift antenna. Interestingly, Cattapan has also focused on the interaction of the group of children with the soldiers. The muddied image underscores the tentative exchanges between the two groups.

The soldier in the foreground is from the New Zealand forces who also have a small contingent working alongside the ADF.