Item 3: Smoking concert to members of the Australian Imperial Forces 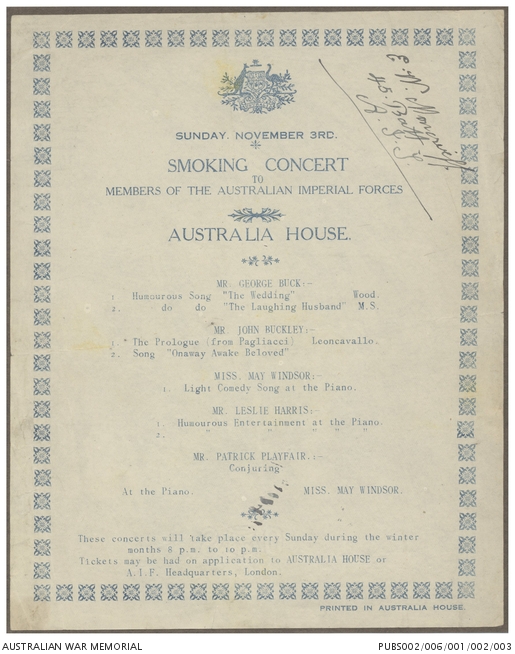 Souvenir program from a concert held during the First World War. This program is for a concert held at Australia House in London on Sunday 3 November 1918. This concert was one of a series of concerts held from 8 to 10pm every Sunday during the winter months. This concert featured vocal performances, conjuring and comedy acts. Piano accompaniment was provided by May Windsor. The program has been signed by Edward White Moncrieff of the 45th Infantry Battalion, Australian Imperial Force.