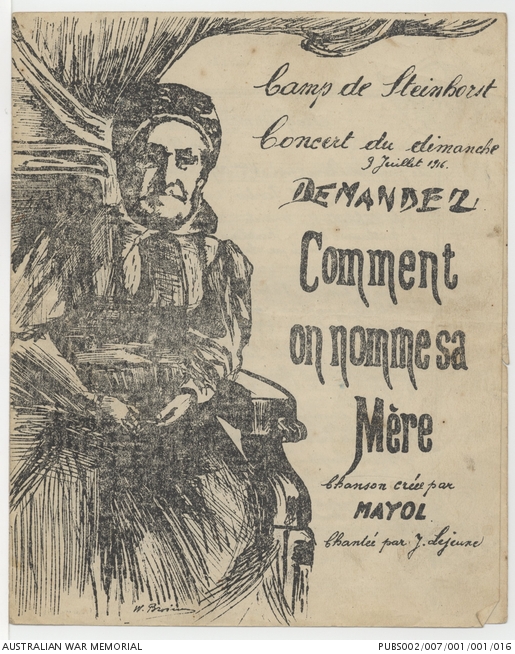 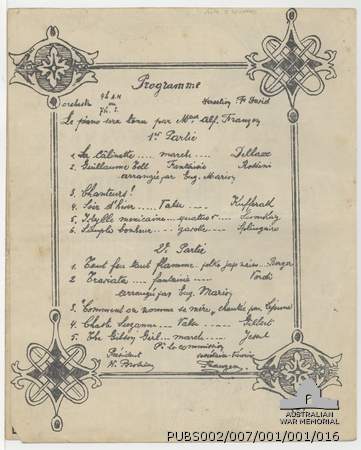 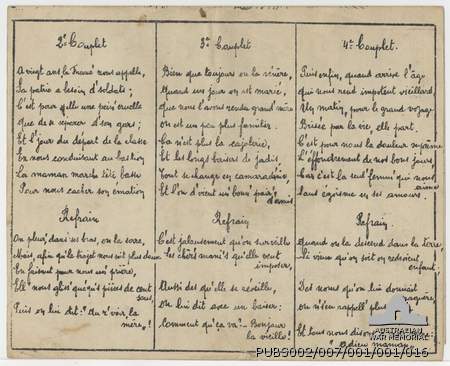 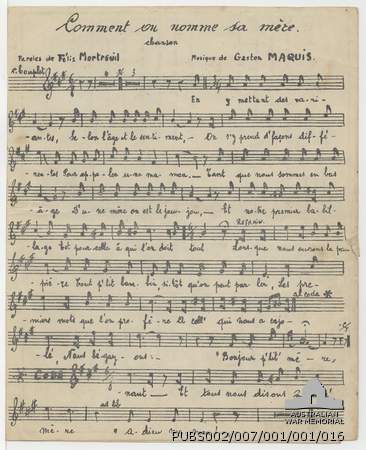 Souvenir concert program produced during the First World War. This program is for a concert organised by French-Belgian prisoners at Camp Steinhorst in Germany on 9 July 1916. Concerts were held on Sunday evenings and the programs were lithographed using ink produced by the prisoners themselves. This program is written in French and features an illustration of a mother on the front cover. The program also features the song 'Comment on nomme sa Mere', performed by Jacques Bejeune. This song was composed by Felix Mortreuil and Gaston Maquis.