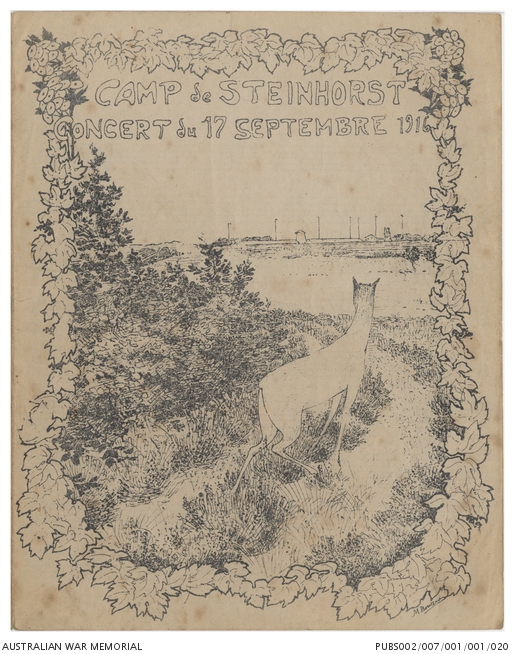 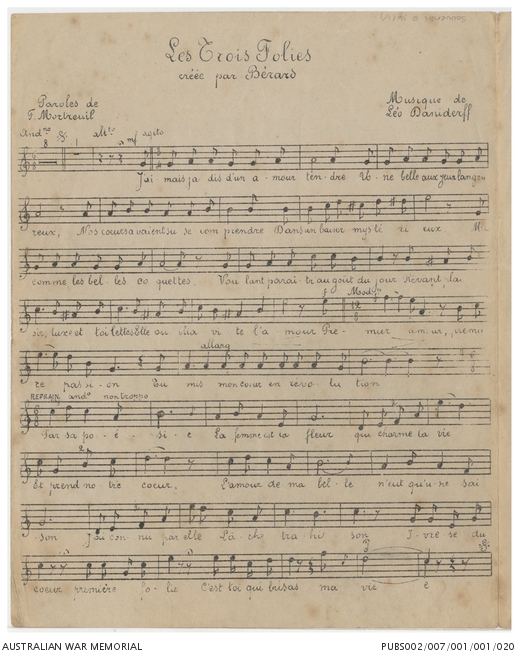 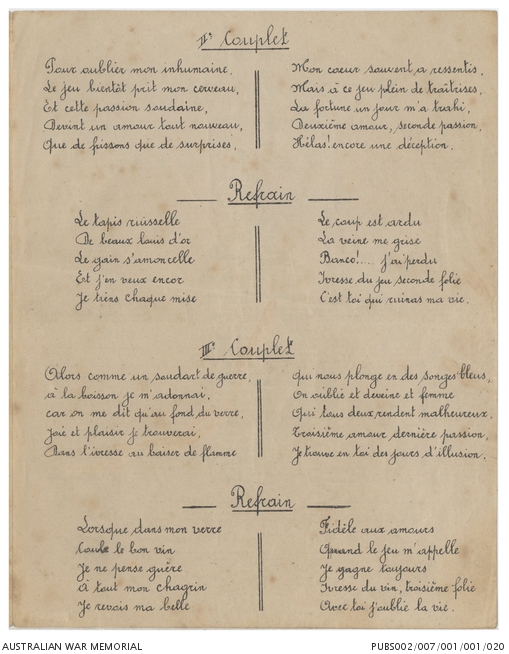 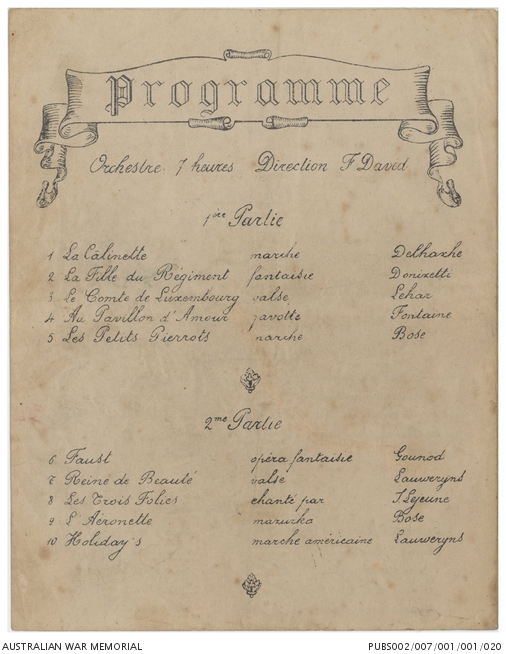 Souvenir concert program produced during the First World War. This program is for a concert organised by French-Belgian prisoners at Camp Steinhorst in Germany on 17 September 1916. Concerts were held on Sunday evenings and the programs were lithographed using ink produced by hte prisoners themselves. Written in French, this program is illustrated with a deer looking towards Camp Steinhorst. The program also features the song 'Les trois Folies', composed by F Morlreuil and Leo Daniderff.