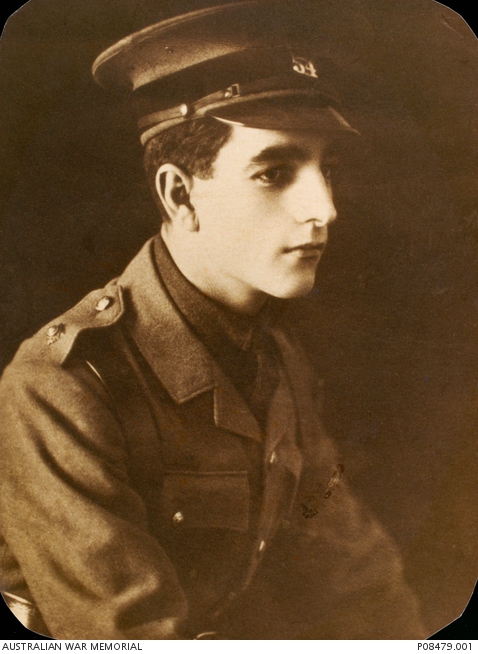 Studio portrait of 2nd Lieutenant (2nd Lt) Harold Victor Godfrey Gration, 58th Battalion, of Clifton Hill, Victoria. A cutter prior to enlistment, he embarked as a Private with the 23rd Battalion, 6th Reinforcements from Melbourne aboard HMAT Ulysses on 27 October 1915. Transferring to the 58th Battalion in February 1916, he was promoted to the rank of Sergeant the following month. Moving with his unit to France in June 1916, Gration was promoted to 2nd Lieutenant in August. On 18 September 1916, he was reported missing in action. Following an enquiry by the Red Cross Wounded and Missing Bureau, it was reported that 2nd Lt Gration was killed by a bomb while leading a raiding party on German trenches behind Fleurbaix, France on the night of 18th September 1916, aged 19.