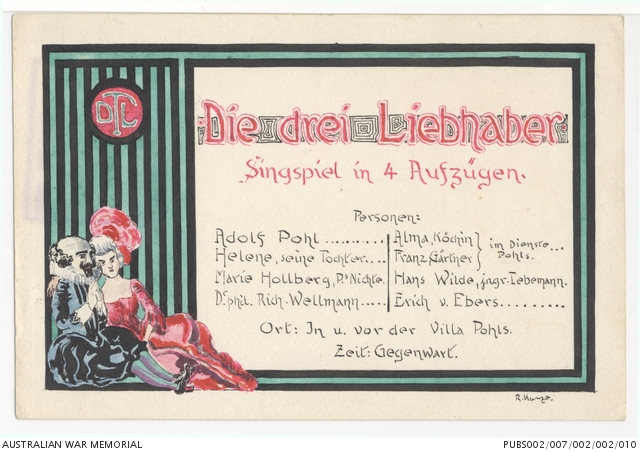 Souvenir playbill produced during the First World War. This hand drawn playbill, written in German, is for a musical comedy in four acts entitled 'Die drei Liebhaber [The Three Lovers]'. The playbill lists the characters, the actor and where the play was set. The playbill is in colour and is illustrated with a man and woman dressed in Elizabethan clothing.