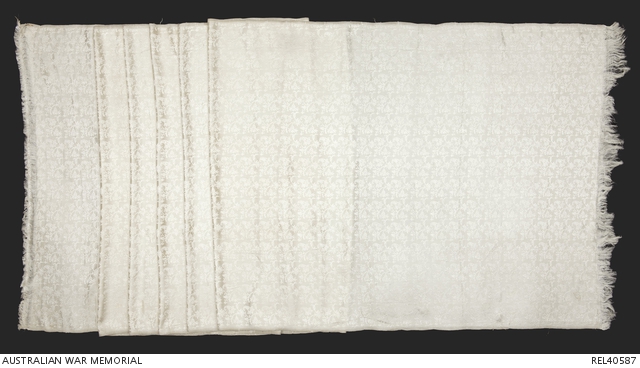 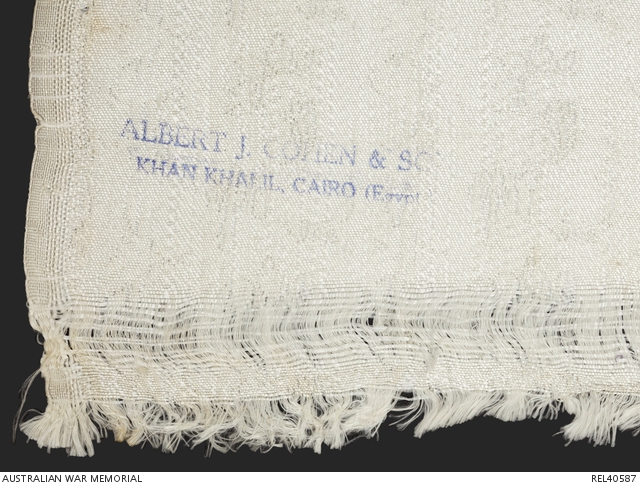 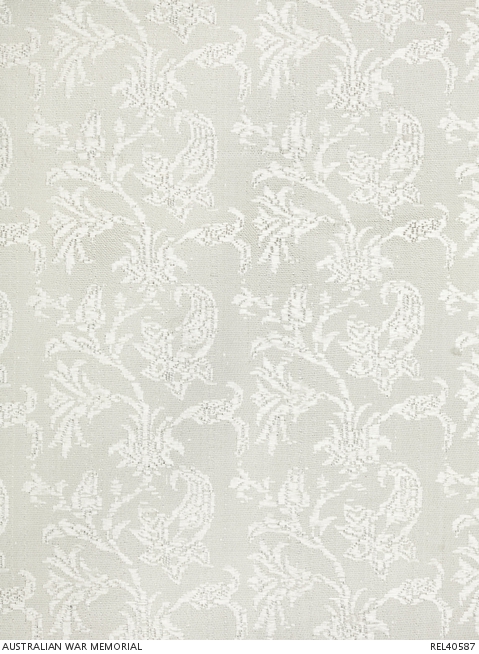 Roll of silk purchased in Cairo by NX67303 Sergeant Norman Vernon Holcombe, 2/9 Field Regiment. Holcombe, born 31 December 1914 at Manly, Sydney, NSW, enlisted on 15 January 1941. He served as a signaller with 2/9 Field Regiment and purchased this roll of damask weave silk at the ancient Khan Khalili in Cairo, Egypt during his service in the Middle East. According to his daughter, 'he sent it home to his eldest sister Anne Mona Holcombe (known as Mona) with the idea that the fabric could be used to make a wedding dress, but she never married. She worked for many years as a secretary in Sydney, living for most of her life with her younger sister Valerie, who was Matron at a Repatriation hospital. Valerie too never married.' NX138776 Sister Valerie Winifred Vernon Holcombe, Australian Army Nursing Service, appears in AWM photo P03977.001 serving on Labuan Island.

Holcombe's other brothers (Colin, Maurice and Harley), all served in the Armoured Corps during the Second World War.