Group portrait of soldiers largely from the Singleton, NSW, region and most from the 2nd ... 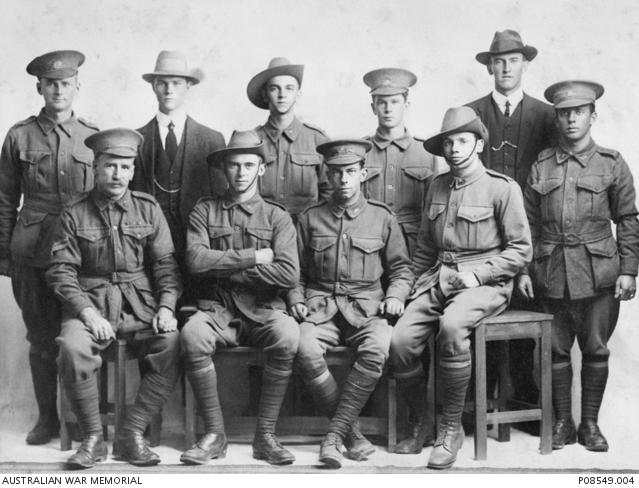