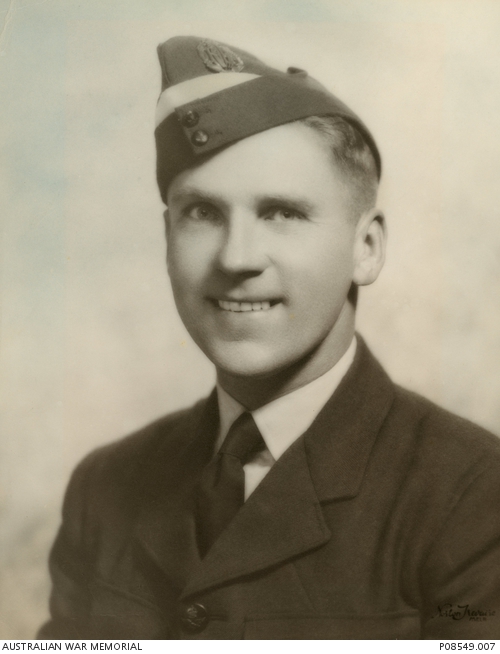 Studio portrait of 416113 Aircraftman, later Sergeant, Frank Elliott Bishop, 460 Squadron RAAF, of Hyde Park, SA. He enlisted in March 1941 and after training in Australia, Canada and England under the Empire Training Scheme (EATS), was posted to RAF Breighton in Yorkshire, England and promoted to the rank of Sergeant (Sgt). On 19 September 1942 Sgt Bishop was one of 6 crew members of a Halifax bomber which was on an air firing exercise. The aircraft crashed during an attempted landing at RAF Binbook, Lincolnshire. All on board were killed. Sgt Bishop was 29 years of age.