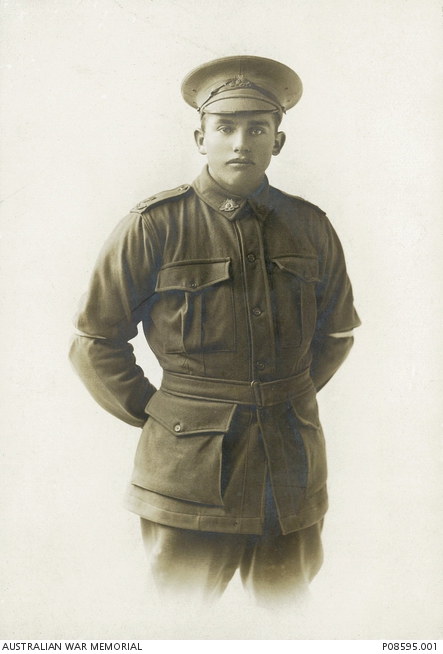 Studio portrait of 2811 Private (Pte) Jack Harburn, 11th Battalion, of Cottesloe, WA. A clerk prior to enlisting in June 1915, Pte Harburn embarked from Fremantle with the 9th Reinforcements on board HMAT Hororata (A20) on 5 October 1915. The Battalion underwent further training in Egypt and in February Pte Harburn was transferred to the 51st Battalion. His unit arrived in France for service on the Western Front on 12 June 1916. Pte Harburn was killed in action at Mouquet Farm, Pozieres, France, on 16 August 1916. He was 18 years of age. Pte Harburn's older brother Captain Roy Harburn, also of the 11th Battalion and 51st Battalion, was awarded the Military Cross and Bar in 1918; he returned to Australia in October 1918.