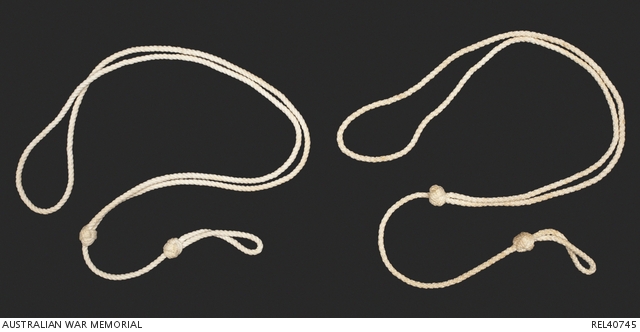 Lieutenant Allan Keith Englert was born on the 21 April 1918 at Maclean, NSW. Englert first enlisted with the army on the 7 August 1940. Though his army service papers record that he did not march on to base until the same day he was discharged, at the rank of driver from Army Service Corp attached to 1 Cavalry Division the 1 October 1941.

After his brief time on Hobart, Englert returned to Cerberus for two months. He then went to HMAS Rushcutter on the 8 September 1942 for an anti-submarine course on Fairmiles and was promoted to Acting Sub-Lieutenant. Englert spent a short time in February 1943 at HMAS Penguin before having his rank confirm. He then went on to become the addition officer on Motor Launch (ML) 818 when it was commissioned in late March 1943.

During Englert's time with ML 818 much of it was spent on anti-submarine patrols along the north coast of New Guinea and the islands of the South-West Pacific using Madang as a base. They would also ferry army personnel between ports in the area. ML 818 suffered in a collision with PT 329 at Mios Woendi on 12 August 1944 coming off the worse with a large hole in her starboard side aft end. After the damage was repaired Englert and his crew were tipped off by a local native to the presence of four Japanese troops in the vicinity of Korim River. On the 24 August in conjunction with the crews from MLs 426 and 816 they apprehended the Japanese, who were armed with grenades and in poor health.

Englert was promoted to Lieutenant on the 9 September 1944 and ML 818 arrived in Sydney in late October for a refit. Englert left to join Harbour Defence Motor Launch (HDML) 1342 and was given the command of the vessel on the 13 November 1944.

All of HDML 1342 duties were spent in the New Guinea area and after the declaration of peace in August 1945, Englert and his crew part took in the evacuation of Japanese soldiers on Wewak. They also traded with the Islanders of Karkar, swapping bully beef, rice and tobacco for fruit. A snake was inadvertently brought aboard the vessel at this time which caused some consternation among of the crew. Englert off loaded the fruit at the Army hospital at Wewak were it was gratefully received.

HDML 1342 also sunk a mine north of Yue Island. After the forward heavy gun failed to detonate the mine, the order was given to close the range and use its .303 calibre guns. These were mounted on the bridge and thought to provide a better trajectory. When the mine was hit and began to emit a blue-grey smoke, the order was given to move away at full speed. The crew reacted with urgency to this order and to their delight the mine did not explode but just sunk. After his service in New Guinea Englert was discharge from the RANR on the 21 March 1946.

These lanyards were part of the seaman's kit issued to Englert during his initial training at HMAS Cerberus in 1941.