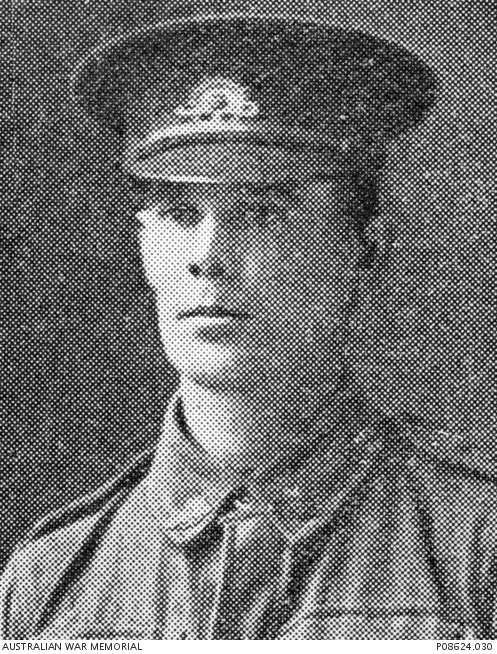 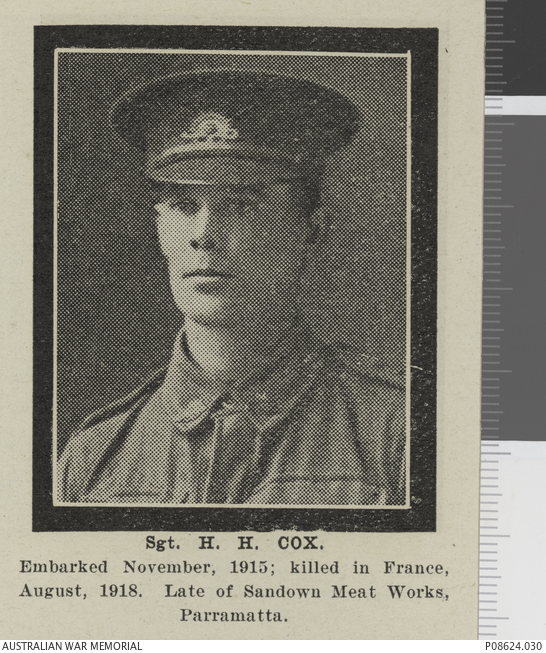 Studio portrait of 624 Private (later Sergeant) Harry Holman Cox, 30th Battalion of Beulah, Vic. A slaughterman prior to enlisting, he embarked from Sydney aboard the HMAT Beltana (A72) on 9 November 1915. He was killed in action on 29 September 1918 near Doingt, France, aged 33. He is buried in the Bellicourt British Cemetery, France.