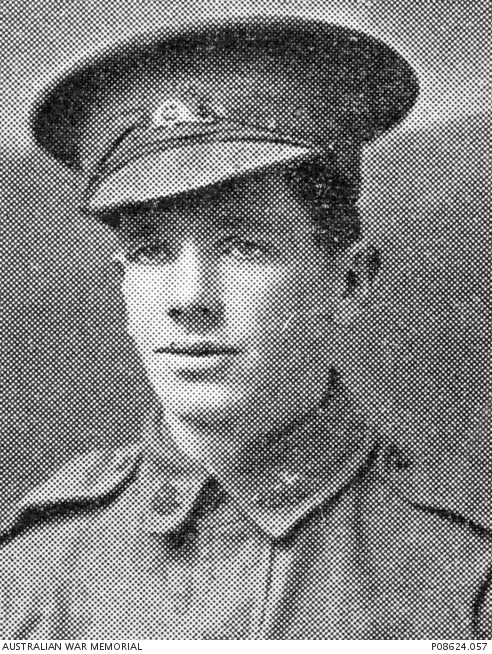 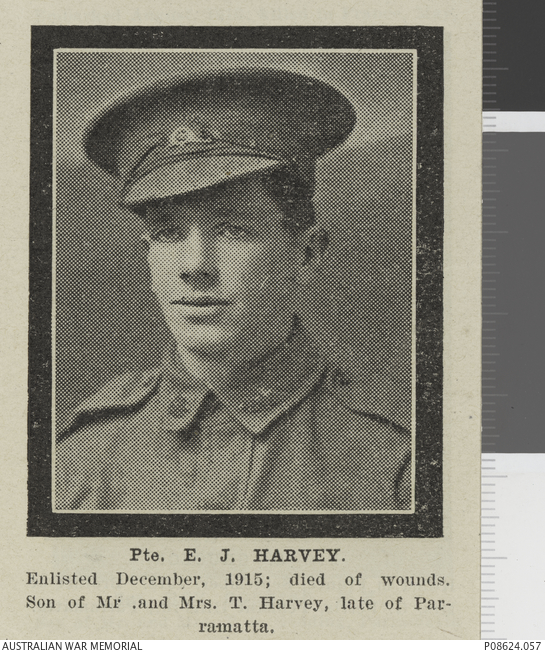 Studio portrait of 5124 Private Edward James Harvey, 4th (later 56th) Battalion of Parramatta, NSW. A wool machinist prior to enlisting, he embarked from Sydney aboard the SS Makarini on 1 April 1916. He died on 17 October 1917 at the King George hospital, London, England, from wounds received in action at Polygon Wood, Belgium on 26 September 1917, aged 22. He is buried in the Brookwood Military Cemetery, England.