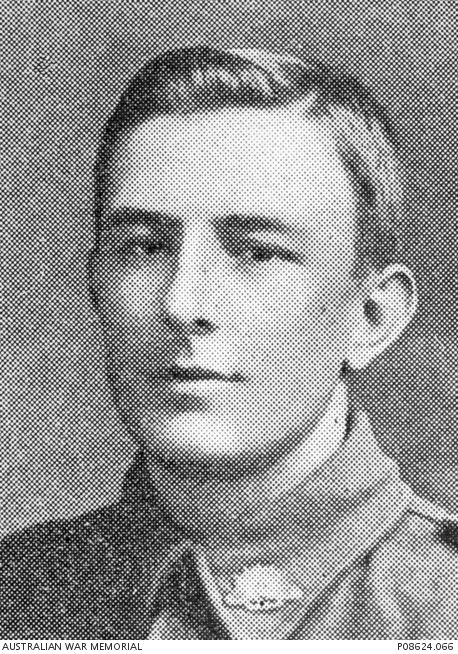 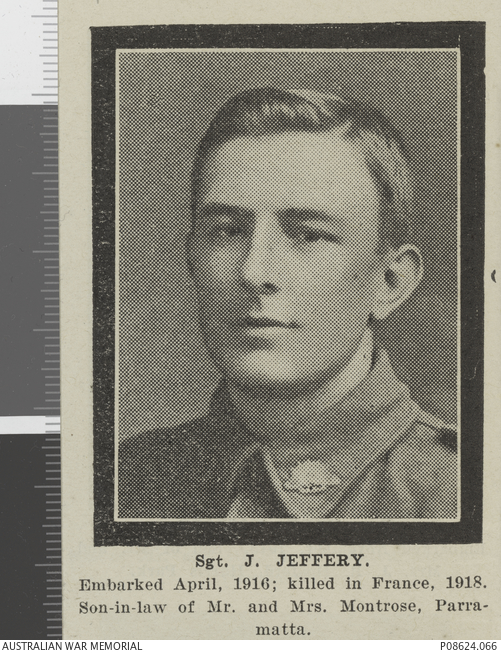 Studio portrait of 5132 Private (later Sergeant) John Jeffrey, 1st (later 3rd) Battalion of Hunters Hill, NSW. A labourer prior to enlisting, he embarked from Sydney aboard the SS Makarini on 1 April 1916. He was killed in action at Strazeele near Hazebrouck, France on 17 April 1918, aged 24. He was buried at Strazeele, France but post war his grave was not found. He is remembered with honour on the Villers-Bretonneux Memorial, France.