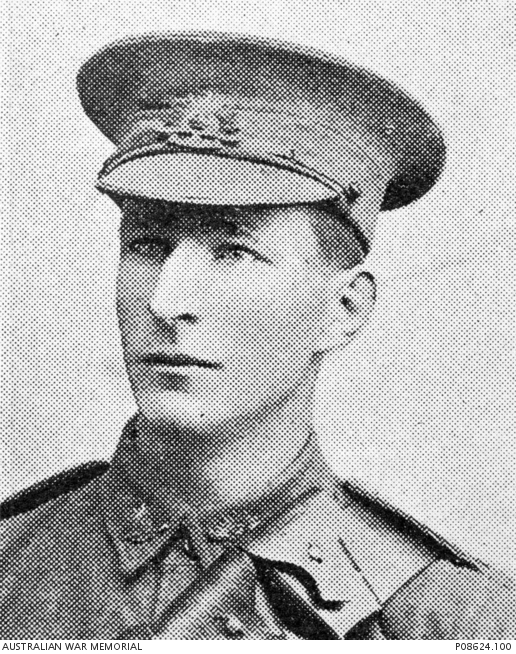 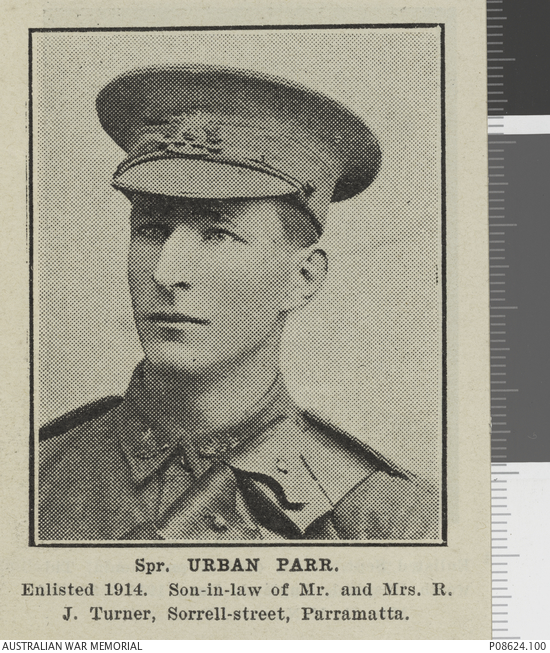 Studio portrait of 37 Private Urban Parr 12th Light Horse Regiment (later alias 10531 Sapper William Barry, 3rd Division Signal Company Australian Engineers) of Parramatta, NSW. A farmer prior to enlisting, Pte Parr was listed to embark from Sydney aboard the HMAT Suevic (A29) on 13 June 1915. He did not sail and was listed as a deserter. He re-enlisted under the alias having been employed as a mental attendant. He embarked from Melbourne aboard the HMAT Ascanius (A11) on 25 May 1916. He was killed in action at Passchendaele, Belgium during the Third Battle of Ypres on 12 October 1917, aged 28. He is buried in the Tyne Cot Cemetery, Belgium.