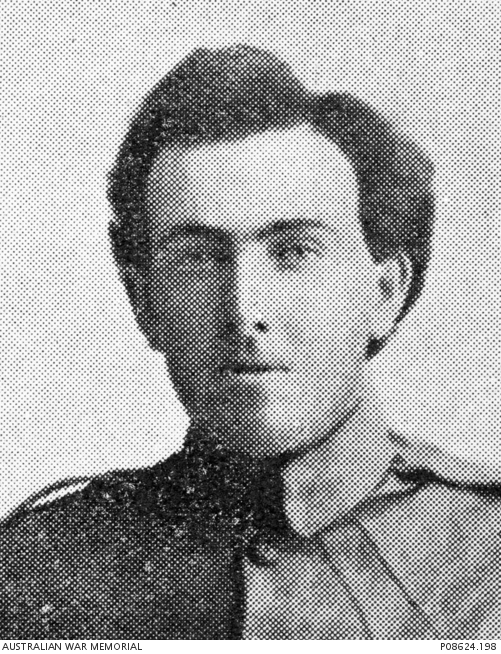 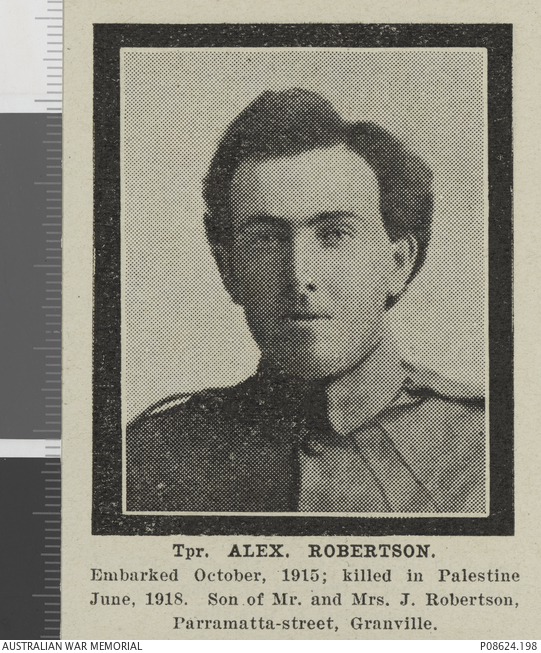 Studio portrait of 1723 Private (later Trooper) Alexander Robertson, 1st Light Horse Regiment of Granville, NSW. A bricklayer's labourer prior to enlisting, he embarked from Sydney aboard SS Hawkes Bay on 23 October 1915. He was killed in action in Palestine on 27 June 1918, aged 27. He is buried in the Jerusalem War Cemetery, Israel.