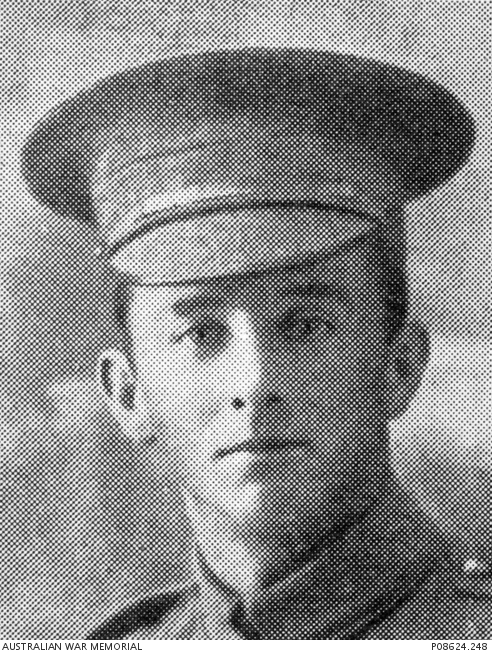 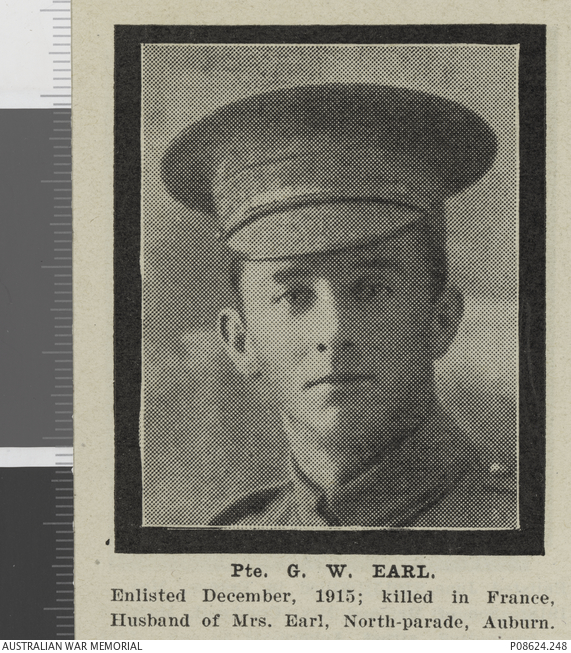 Studio portrait of 5359 Private George William Earl, 1st Battalion of Moss Vale, NSW. A carter prior to enlisting, he embarked from Sydney aboard HMAT Ceramic (A40) on 14 April 1916. He was killed in action on 5 November 1916 near Guedecourt, France, aged 28. He is buried in the Grevillers British Cemetery, France.