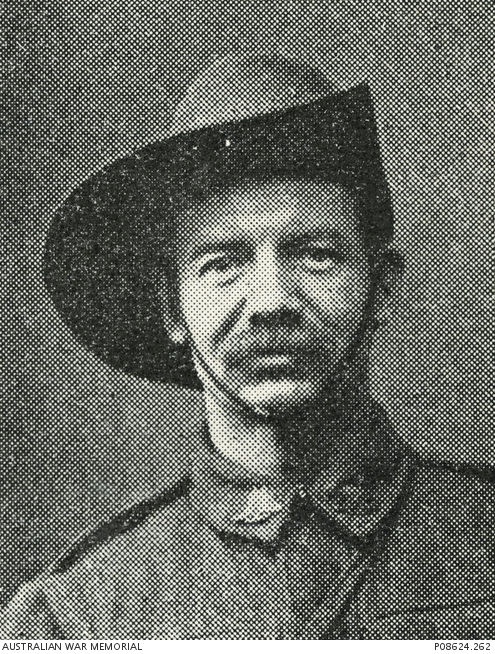 Studio portrait of 3607 Sergeant Alexander Hood, 4th (later 1st) Australian Tunnelling Company of Homebush, NSW. A contractor prior to enlisting, he embarked from Sydney aboard HMAT Warilda (A69) on 22 May 1916. He was killed in action, aged 43, when a shell hit the cook house near the Ypres-Menin Road, Belgium on 31 October 1917. He is buried in the Menin Road South Military Cemetery, Belgium.