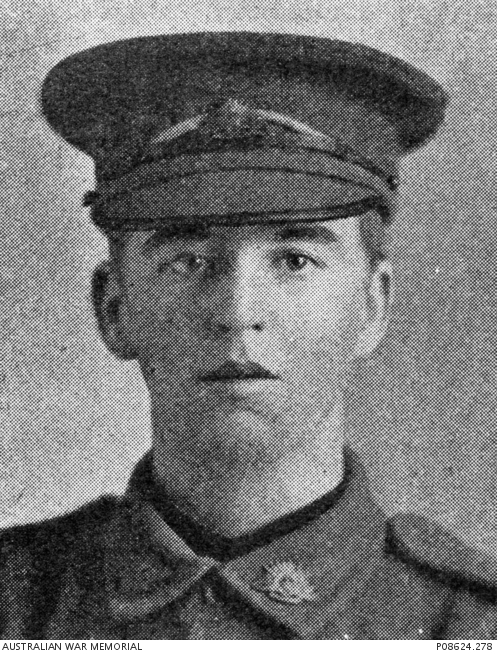 Studio portrait of 6183 Private Edward John Francis Maguire, 5th Australian Light Trench Mortar Battery of Auburn, NSW. A fitter prior to enlisting, he embarked from Sydney aboard HMAT Ascanius (A11) on 25 October 1916. He was wounded on 9 April 1918 when a shell struck the camp kitchen at Gentelles, France. He died later that day at the 41st Casualty Clearing Station, France, aged 20. He is buried in the Namps-au-Val British Cemetery, France.