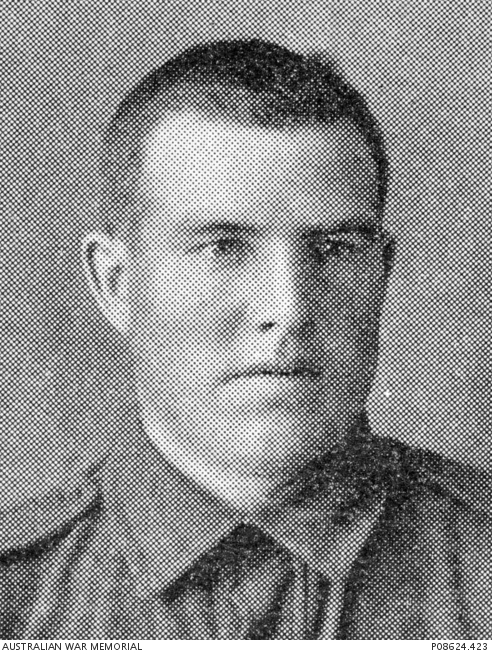 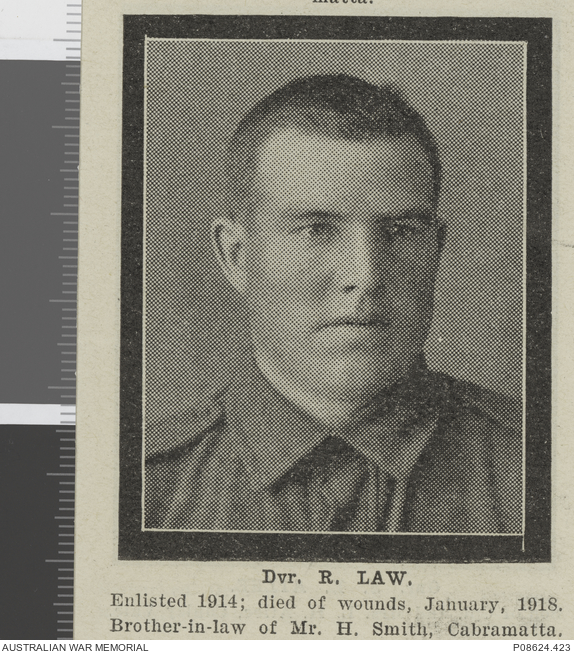 Studio portrait of 587 Driver Richard Law, 1st Divisional Train, Army Service Corps (later 1st Pioneer Battalion) of Enfield, NSW. A bricklayer prior to enlisting, he embarked from Sydney aboard HMAT Afric (A19) on 18 October 1914. He was wounded in action on 27 October 1917 near Zonnebeke, Belgium during the Third Battle of Ypres. Transferred to the 1st Australian General Hospital, Rouen, France, he died of his wounds on 28 November 1917, aged 32. He is buried in the St Sever Cemetery Extension, Rouen, France.