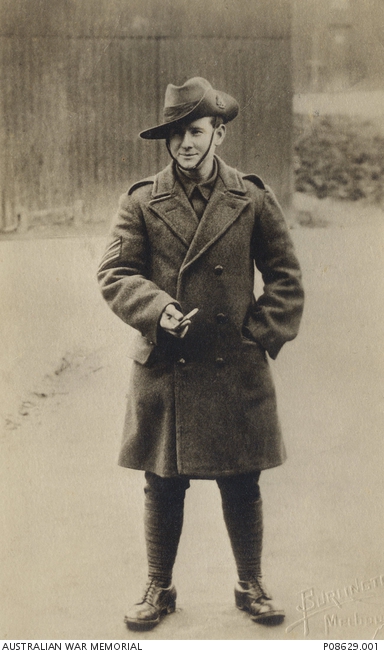 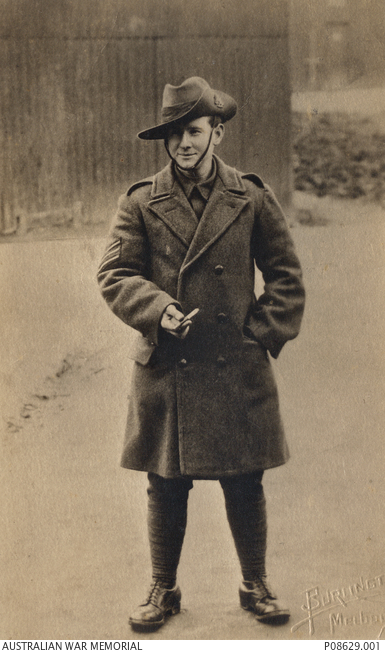 Informal portrait of 1600 Sergeant (Sgt) Norman Alexander McDougall, 31st Battalion, of Castlemaine, Vic. A printer prior to enlisting in August 1915, he embarked from Melbourne with the 1st Reinforcements aboard HMAT Bakara (A41) on 5 November 1915. Private MacDougall was promoted to the rank of Corporal in Egypt in May 1915, and Sergeant in France on 25 July 1916. He was attached to the 8th Training Battalion in England from December 1916 until September 1917 when he rejoined his unit in France. He was awarded the Military Medal for "conspicuous bravery and skillful leadership" at the Battle of Amiens on 8 August 1918. Sgt McDougall was killed in action at Bellicourt, France, on 29 September 1918. He was 24 years of age.