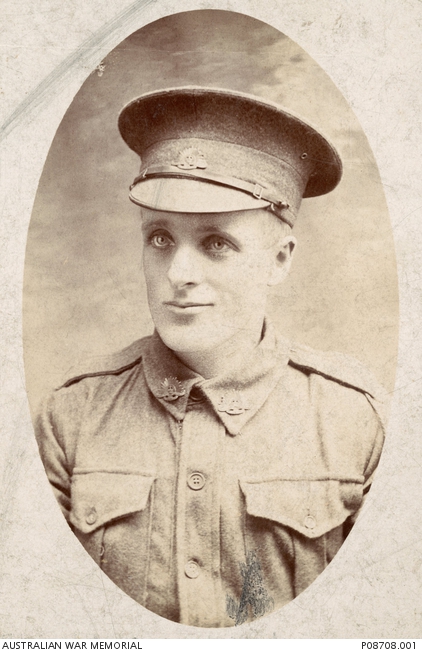 Studio portrait of Private (Pte) Frank Richardson, 7th Battalion later 59th Battalion, of Melbourne, Vic (originally of Halifax, England). A carpenter prior to enlistment he embarked with the 15th Reinforcements on HMAT Wiltshire (A18) on 11 November 1915. Pte Richardson was killed in action on 19 July 1916, aged 33. He has no known grave and his name is recored on the Australian Cemetery Memorial, Fromelles, France.