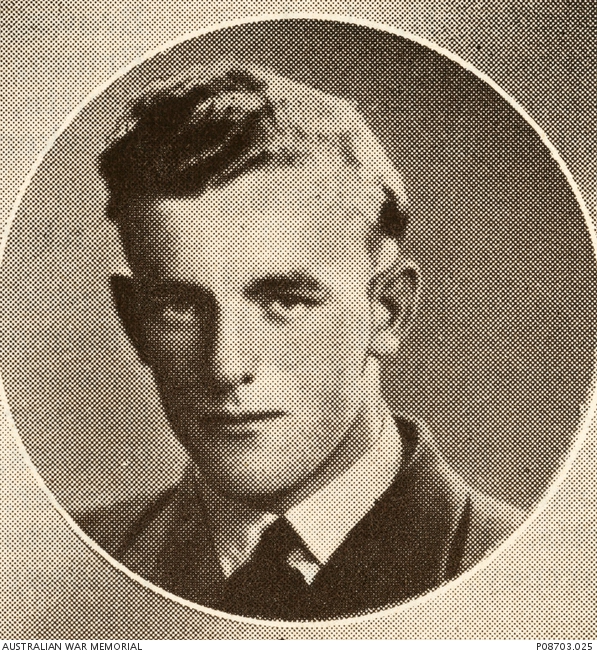 Studio portrait of 418982 Flight Sergeant (Flt Sgt) Alfred Frank Sherry, RAAF, 131 Operational Training Squadron RAF. Sherry, of Northcote, Vic, enlisted on 20 June 1942. Flt Sgt Sherry was killed in an accident in Ireland on 9 January 1944, aged 20. He is buried in the Irvinestown Church of Ireland churchyard, United Kingdom. This image is taken from "The Ivanarian", a magazine of the Ivanhoe Grammar School in Melbourne, Vic. During the Second World War the school honoured "old boys" who had enlisted and died by including a short biographical piece and in many cases a portrait.