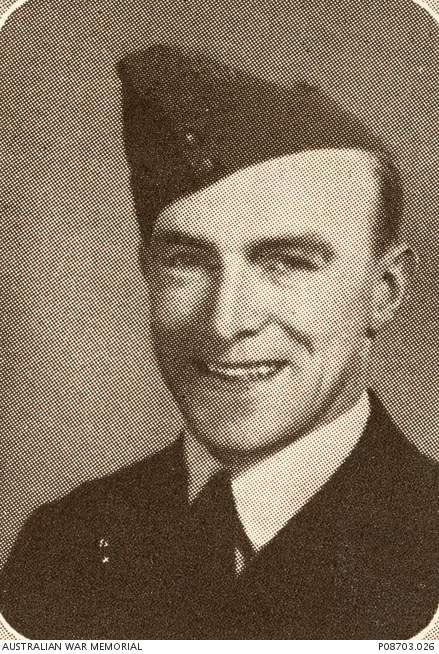 Studio portrait of 419466 Pilot Officer (PO) Clyde Joseph Girling RAAF, 97 Squadron RAF. A master dairyman from Northcote, Vic, Girling enlisted on 14 August 1942. He embarked from Sydney for England on 25 May 1943. PO Girling was killed in operations over the United Kingdom on 24 September 1944, aged 30. He is buried in Cambridge City Cemetery, Cabridgeshire, United Kingdom. This image is taken from "The Ivanarian", a magazine of the Ivanhoe Grammar School in Melbourne, Vic. During the Second World War the school honoured "old boys" who had enlisted and died by including a short biographical piece and in many cases a portrait.