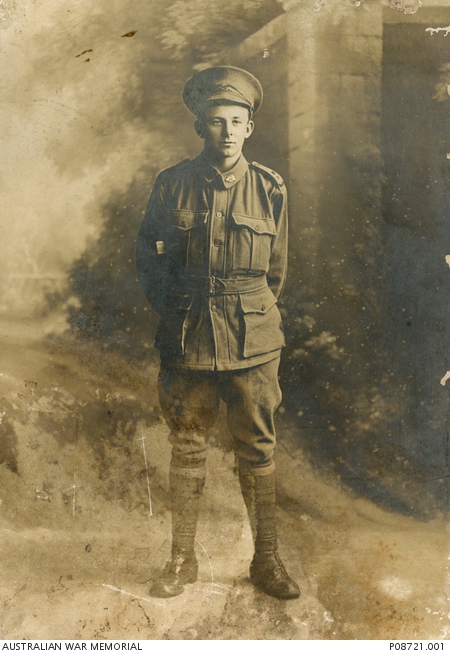 Studio portrait of 3874 Gunner (Gnr) George Edward Joseph O'Brien, 13th Battalion, later transferred to the 4th Medium Trench Mortar Battery, of Darlinghurst, NSW. An engineer prior to enlistment he embarked from Sydney with the 12th Reinforcements on board HMAT Suevic (A29) on 20 December 1915. Pte O'Brien was seriously wounded in the back, on the following day around 2pm as a result of these wounds O'Brien died on 14 January 1918, aged 20. He is buried at Outtersteene Communal Cemetery Extension, Bailleul, France.