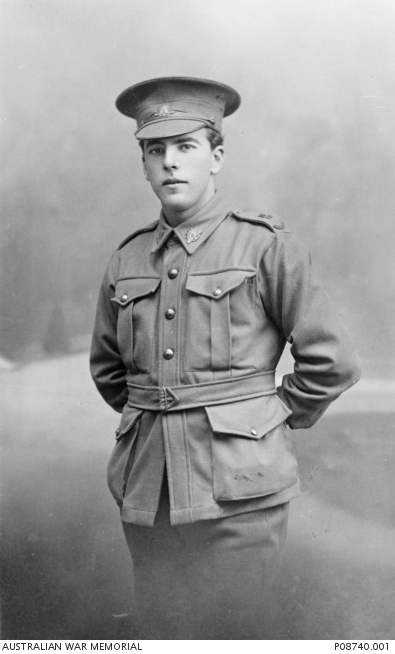 Studio portrait of 3056 Private (Pte) Charles John Taylor, bootmaker, of Kangaroo Island, SA. He enlisted 29 June 1915 and was posted to the 16th Battalion. Pte Taylor embarked from Adelaide aboard HMAT Ballarat (A70) on 14 September 1915. He served at Gallipoli until the evacuation in December 1915, and after a period of reorganization in Egypt the the 16th Battalion was sent to France in June 1916. Following the Battle of Pozieres, Pte Taylor was declared wounded from shell shock on 10 August 1916, and after a period of recuperation rejoined his unit on 30 August 1916. Pte Taylor was wounded in action at Hamel on 4 July 1918, and died of his wounds at the Collecting Station of the 13th Australian Field Ambulance later that day, aged 23 years. He is buried at Villers-Bretonneux Military Cemetery.