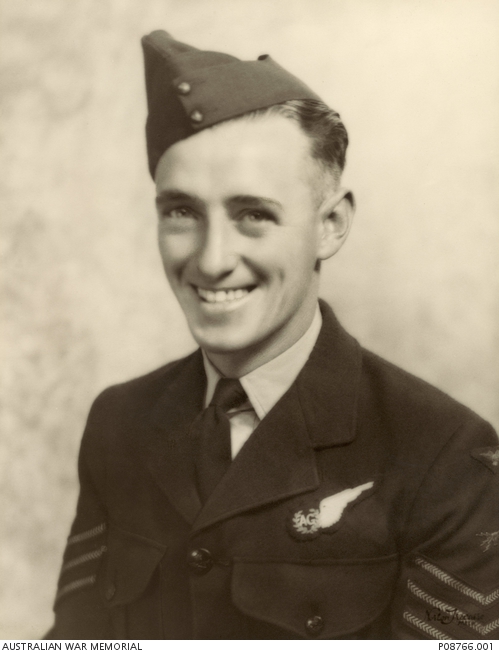 Studio portrait of 400343 Sergeant (Sgt) Albert George Duxbury, No. 8 Squadron RAAF, of Botany, NSW. Sgt Duxbury was a miller prior to enlisting in the RAAF in August 1940. In April 1941 he was appointed to the rank of Sergeant as an air gunner. Sgt Duxbury and three other crew members of a Lockheed Hudson A16-11 were on patrol operations over the east coast of Malaya when they were shot down on 23 January 1942, killing Duxbury and two others of the crew. Sgt Duxbury was 27 years old.