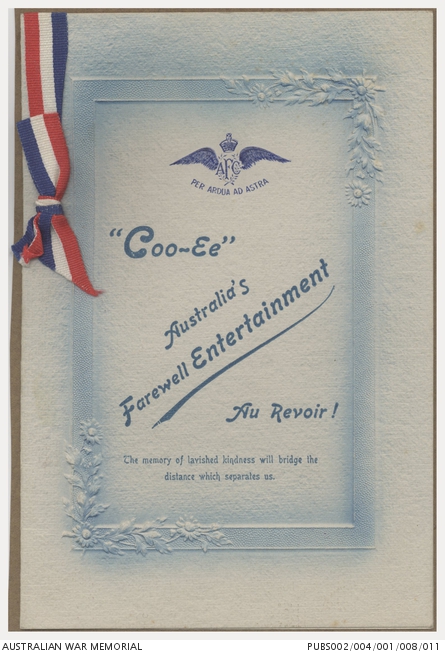 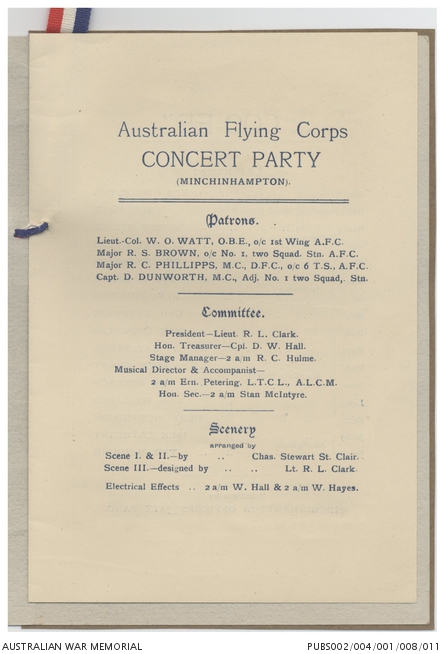 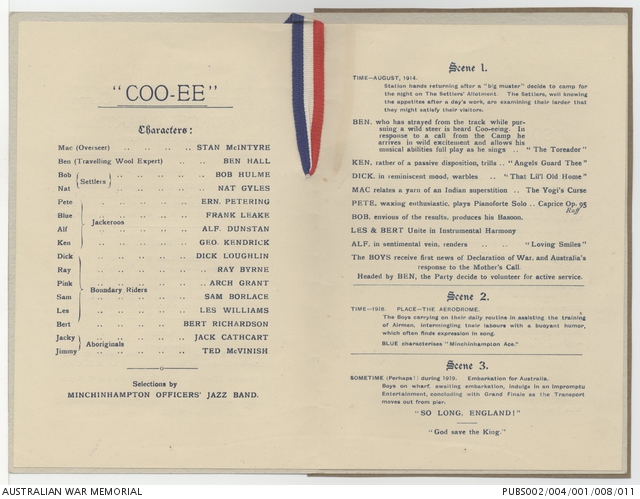 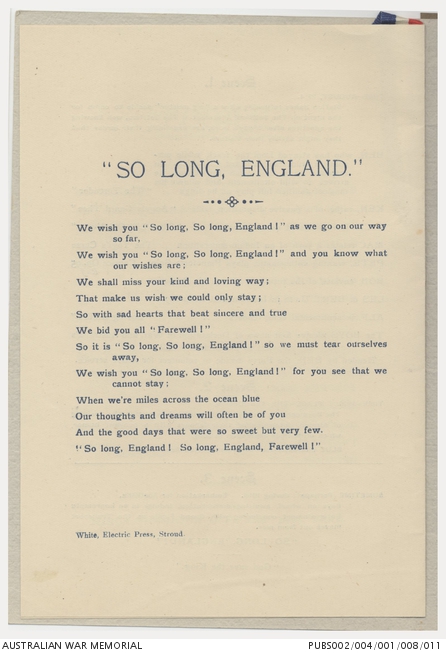 Souvenir program for a theatrical production held during the period after the First World War when troops were waiting to return to Australia. This program is for a musical play with three scenes featuring a series of vocal performances and instrumental solos. The play begins in August 1914 with the outbreak of war and finishes with embarkation for Australia 'sometime (Perhaps!) during 1919'. The cover features a blue AFC badge and embossed garlands of forget me nots. The program is bound with a red, white and blue ribbon.