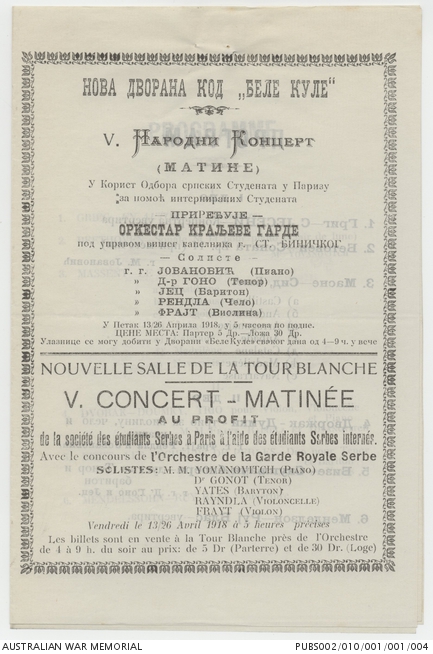 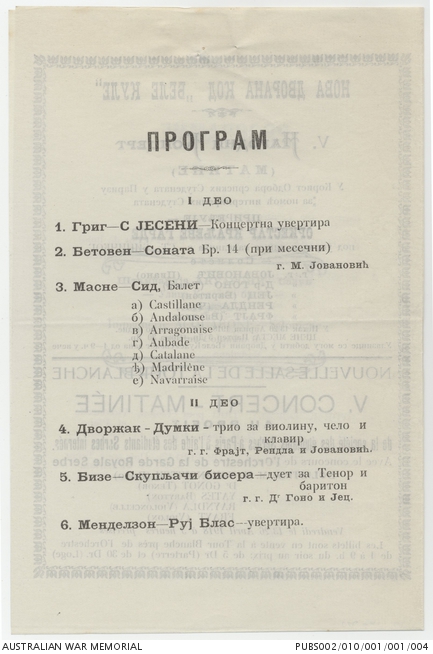 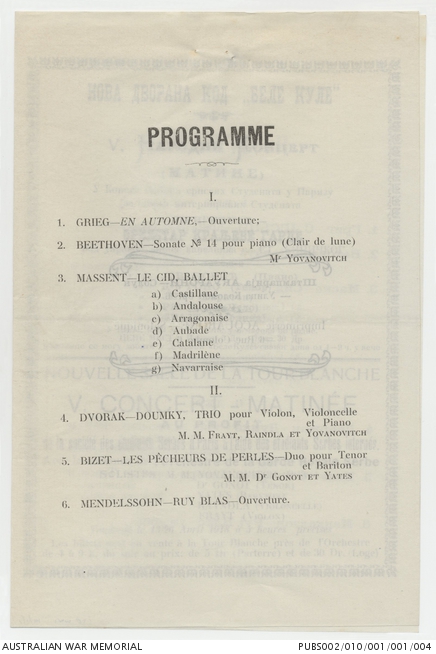 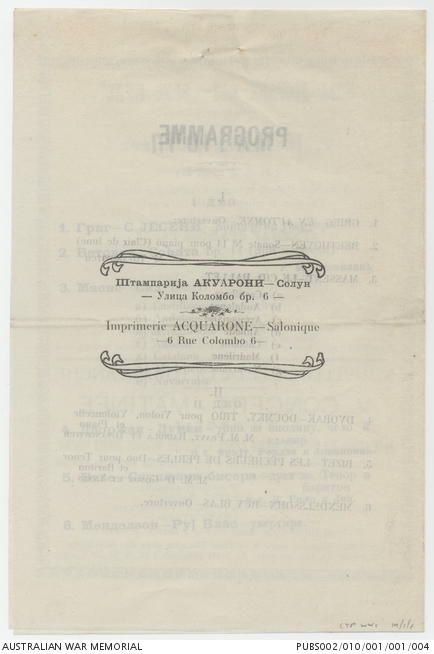 Souvenir program for a concert held during the First World War. This program is for a series of matinee concerts held at the Novelle Salle De La Tour Blanche [New Room of the White Tower] by the Grand Royal Serb Orchestra between 13-26 April 1918. These performances featured instrumental solos by piano, violin and cello as well as vocal performances. Profits from these concerts were to be donated to the Society of Serb Students in Paris. The program is written in French and Greek.