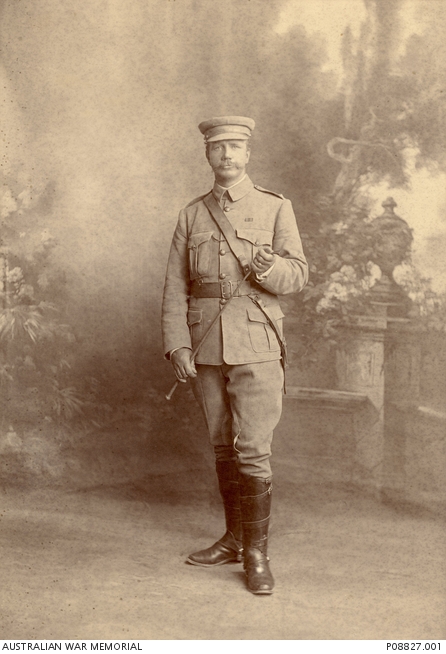 Studio portrait of Lieutenant (Lt) Francis Charles Siekmann. Lt Siekmann initially served as a Sergeant (service number 117) with the 4th Imperial Bushmen Contingent. He was invalided back to Australlia, arriving on 12 April 1901. He was promoted to Lieutenant and served with the 2nd Battalion, Australian Commmonwealth Horse (SA). A book "Oxford Complete Works of Shakespeare", found by Siekmann in a South African camp, is held by the Australian War Memorial at PUB00261.