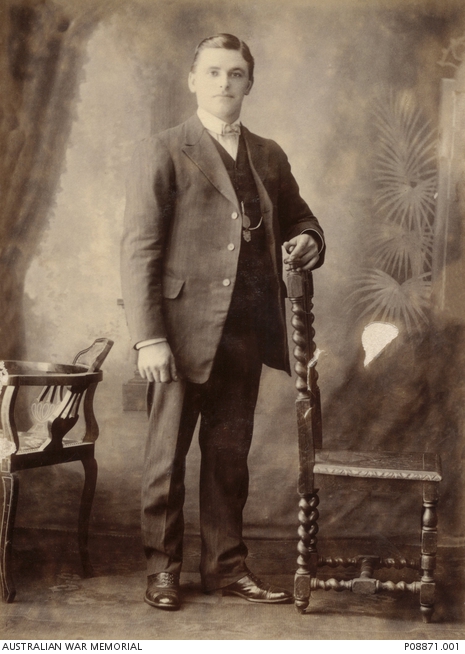 Pre enlistment studio portrait of 6282 Private (Pte) Joseph Elisha Carter, 17th Battalion, of Ryde, NSW. A fuelman prior to enlistment he embarked with the 18th Reinforcemets on board HMAT Suevic (A29) on 11 November 1916. Pte Carter was killed in action at Passchendaele when he was shot by a German sniper during the first attack on the 9 October 1917. He has no known grave and his name is commemorated on the The Ypres (Menin Gate) Memorial, Belgium.