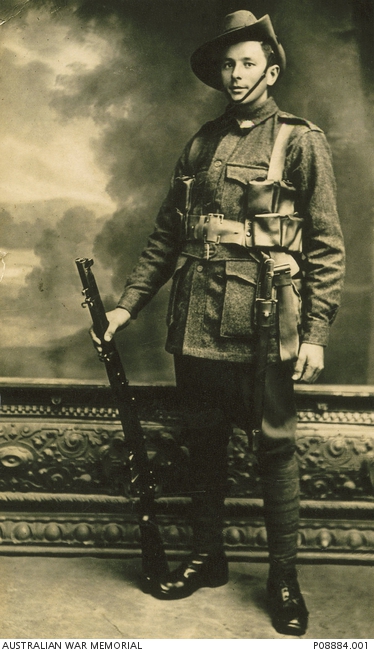 Studio portrait of 2885 Gunner (Gnr) Ranald John Fletcher, 4th Light Horse Regiment, of Broken Hill, NSW. A farmer prior to enlistment he embarked from Melbourne, Vic, with the 20th Reinforcements on board HMAT Port Sydney (A15) on 7 September 1916. He later transferred to the 4th Field Artillery Brigade on 24 November 1917. On the morning of 29 September 1918 Fletcher and two other men were hit by an exploding shell; they were all killed instantly, he was 28 years of age. Gnr Fletcher is buried at the Roisel Communal Cemetery Extension, France.