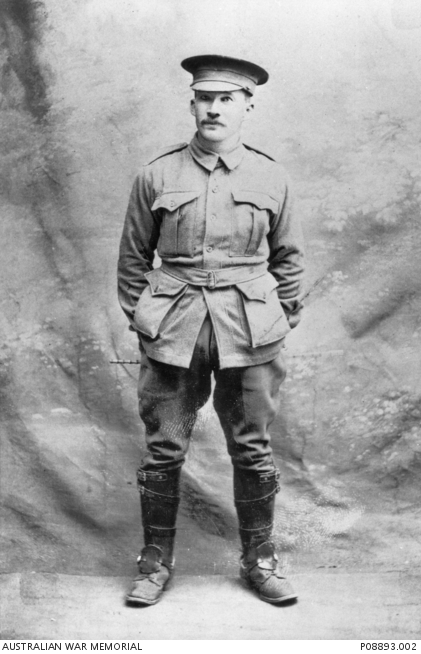 Studio portrait of 1568 Trooper (Tpr) Charles John Grachan, 8th Light Horse Regiment, of Georgetown, Tas. A labourer prior to his enlistment he embarked from Melbourne, Vic, with the 12th Reinforcements on board HMAT Ascanius (A11) on 10 November 1915. Trp Grachan was killed in action on 1 December 1917, aged 40. He is buried at the Ramleh War Cemetery, Palestine.