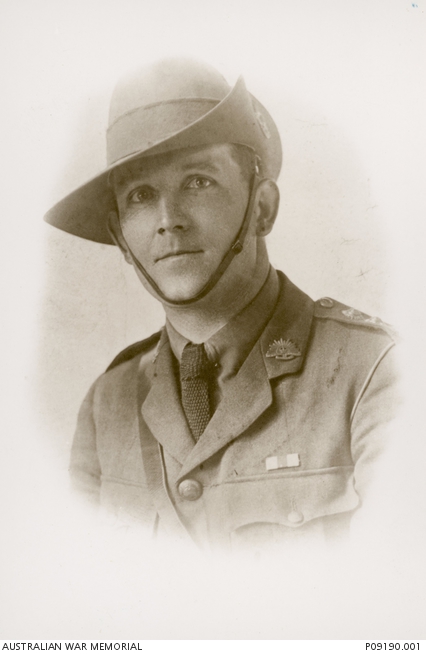 Studio portrait of 2nd Lieutenant Augustus Oliver Woods, MC, C Company, 26th Battalion, of Oatlands, Tas. An ironmonger prior to enlistment, he embarked from Brisbane, Qld, on board HMAT Aeneas (A60) on 29 June 1916. In August 1915 he was promoted to the rank Lieutenant and then in August 1916 to the rank of Captain. Woods was awarded the Military Cross 'For conspicuous gallantry and devotion to duty. On the night of 1/2 March 1917 he rallied his men under heavy fire, and led them forward into the enemy's trench. He was wounded. He has at all times set a fine example of courage and determination.' He was then promoted to the rank Major (Maj) in late July 1918. A few months later Maj Woods was killed in action on 2 September 1918.