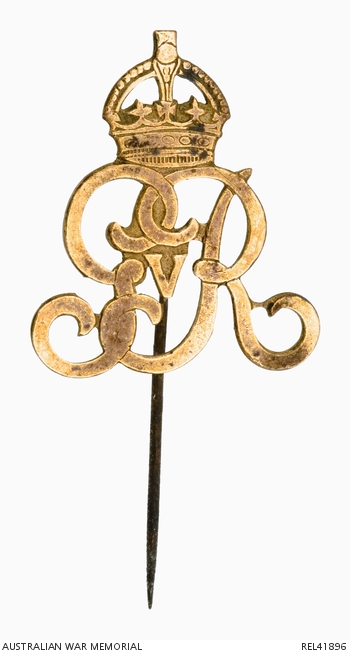 Part of a collection of badges which were collected by Miss Ruth Cambridge, daughter of a Boer War veteran, probably Private Owen Cambridge, First Victorian Contingent.

This George V souvenir badge was probably produced to commemorate either the King's ascent to the throne upon the death of King Edward VII on 6 May 1910, or his subsequent coronation on 22 June 1911.