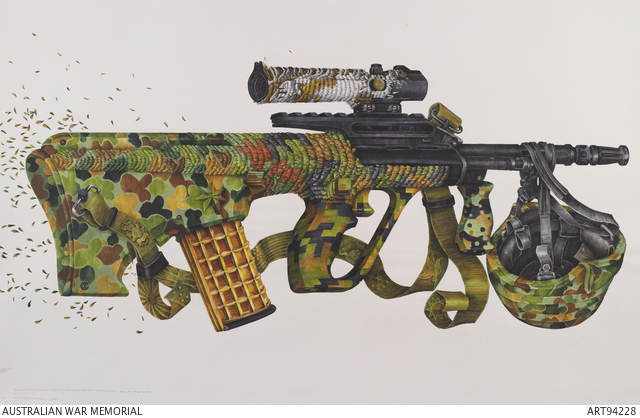 This F88 Steyr is part of a continuing series of works where de Medici distinguishes rifles as a 'species'. A weapon is overlaid with the microscopic structure of a moth. The scope of this Steyr features the pelt of a moth found only in the Solomon Islands. In her journal, de Medici explains: "the Sol. moth is a relatively plain little thing, a pest species, a borer of nut trees. I thought a pest species relevant. The moth 'pelt' on the 'scope serves as part [of] the dialogue around the art of camouflage, something Nature operates with as part evolution, part survival". This creates an evolutionary parallel between the natural world and rifles, simultaneously reinforcing the fragility and brutality of each.