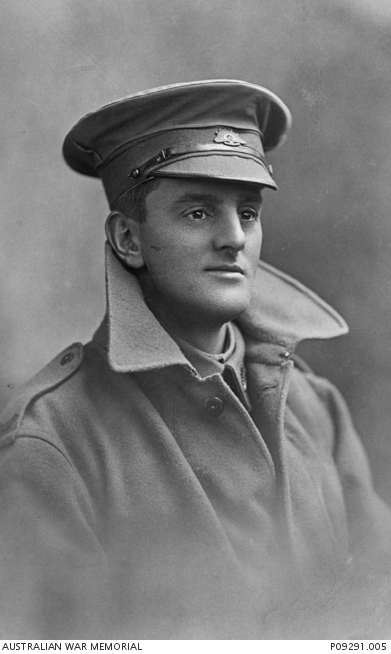 Studio portrait of 1729 Private Claude Vivian Radford, 50th Battalion from Angaston, South Australia. A 24 year old carpenter prior to enlisting on 29 February 1916, he embarked for overseas with the 2nd Reinforcements from Adelaide on 11 April 1916 aboard HMAT Aeneas. After joining the 50th Battalion in Egypt on 30 May 1916, he went with them to France in June 1916. He was wounded in action near Warloy, France on 16 August 1916 but rejoined his unit that same day. After being promoted to Lance Corporal (L Cpl) on 20 April 1917, he was killed in action at Messines, Belgium on 10 June 1917. L Cpl Radford is commemorated on the Menin Gate Memorial at Ypres, Belgium with others who have no known grave.